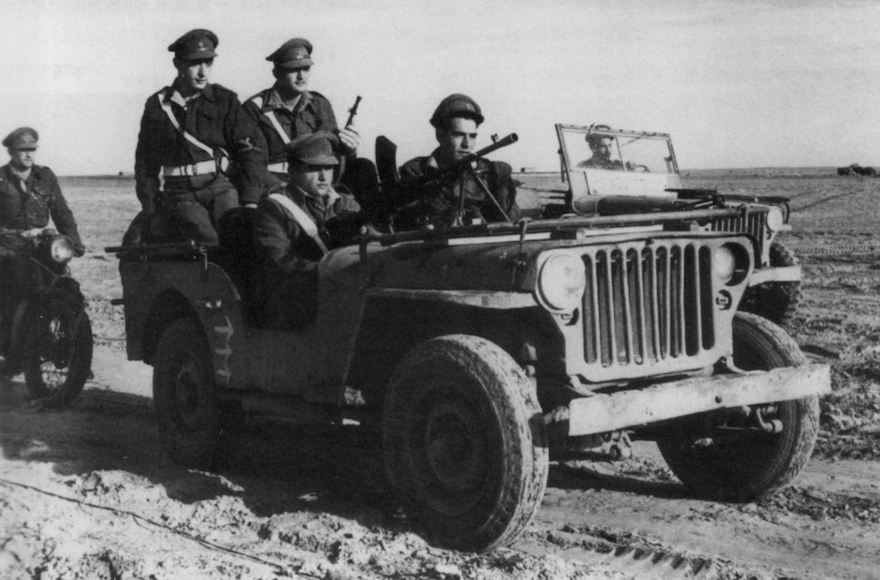 Some 3,000 men of the Irgun Zvai Leumi today launched an independent attack on the all-Arab port city of Jaffa. The Haganah immediately announced that the Irgun high command had gathered its forces from all parts of the country and concentrated them for this attack without previously informing the Haganah nor receiving its permission for the action.

The battle was preceded by an exceedingly heavy mortar shelling which some observers considered one of the biggest barrages laid down during the five-month-old ###. Thousands of Arabs were reported to be evacuating the city, particularly in districts adjoining. Tel Aviv. The Haganah penetrated several borderline quarters ### destroyed snipers’ posts then withdrew to their defense positions along the entire length of the common boundary. First reports placed the Irgun forces within several Arab quarters in Jaffa, including Manshieh.At Haifa, meanwhile, the situation remained quiet as the battle veered off to the southwest, where the Jews have already occupied three Arab villages lying athwart supply and communications roads to the port city. The Jewish leadership has###in announced that all Haifa Jews are welcome to remain in the city if they follow their normal pursuits.

Jewish estimates place the number of Arabs remaining in Haifa at 25,000 after exodus of the last few days in which as many as l5,000 to 30,000 Arabs may have departed the city for Acre or points in Lebanon in response to the Palestine Arab Higher Committee’s call to evacuate the city rather than accept Jewish surrender of arms. A Jewish spokesman pointed out that the city’s residents would have fared much better if they remained in Haifa, but that the Arab leadership was exploiting the situation to further the political claim that the Jews desired to drive the Arabs out of Palestine.

The Haganah undertook a major offensive within Jerusalem today when it invaded and occupied the Sheikh Jarrach quarter–stronghold of the Iraqi forces in the city after an attack from the district caused considerable Jewish casualties last night. The invasion took place in the pre-dawn hours, but the battle continued during the by and into tonight after the British entered the hostilities.

As a result of British shelling of their new positions the Jews withdrew from ##st of them–despite the fact that they had completely verrun and gained control of the most important Arab centers in Jerusalem. Late in the day, following the Jews’ refusal to evacuate the last major position captures earlier until the British made good their promise to oust the Iraqi from Sheikh Jarrach, the British started to ###nnonade their position with medium anti-tank guns.The British also brought it Arab Legion reinforcements in to aid them. The Arab forces soon drew Jewish mortar fire which wrecked three of their armored cars. In the Katamon quarter, meanwhile, the Arabs briefly shelled the Rehavia quarter, in which the Jewish Agency headquarters are located.

Reports from Tel Aviv, received bore late tonight, said that Arab Legionaires had seized the Lydda airport, about 15 miles southeast of Tel Aviv, in the wake of a British withdrawal from the field. All international airlines at the airport, except and Egyptian line, discontinued operations as the Jews and Arabs prepared to ##ttle from the vital communications link.

A refugee vessel, the Mishmar Haam (Guard of the People), intercepted with ##89 visaless Jews aboard was brought into Haifa harbor today and its passenger were reported to Cyprus.