Israel Apologizes to the U.S.; Says Spying on the U.S. is in ‘contradiction to Our Policy’ 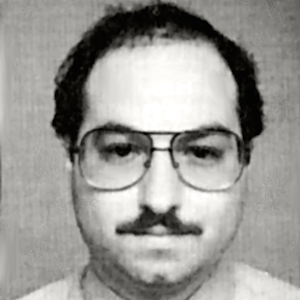 Jonathan Pollard is expected to be released this week.
Advertisement

Declaring that “spying on the United States is in total contradiction to our policy,” the government of Israel today issued an apology to the U.S. over allegations that Jonathan Pollard, a U.S. Naval counterintelligence analyst, arrested in Washington last month, was spying for Israel.

In a statement issued following the weekly Cabinet meeting, Israel also assured the U.S. that the unit attached to the Defense Ministry allegedly involved in the spy activity would be dismantled and those responsible would “be brought to account.”

The statement said Israel was still engaged in a full inquiry of facts surrounding the Pollard affair and that the inquiry was “progressing vigorously.” An interim report on the government’s investigation of the allegations was reportedly sent to Washington last week.

“The government of Israel assures the government of the United States that in the wake of the inquiry, if the allegations are confirmed, those responsible will be brought to account,” the statement said. “The unit involved will be completely and permanently dismantled and necessary organizational steps will be taken to assure that such activities are not repeated.

“The relations with the U.S. are based on solid foundations of deep friendship, close affinity and mutual trust. Spying in the United States is in total contradiction to our policy. Such activity ot the extent that it did take place was wrong and the government of Israel apologizes.”

The special unit referred to in the Cabinet statement today reportedly is the Science Liaison Bureau, known by its Hebrew acronym, Lekem. According to various reports, the unit was involved in scientific intelligence gathering and attached to the Defense Ministry, although it reportedly acted independently of Israel’s established intelligence agencies.

Raphael Eitan, a former Mossad operative who served former Premiers Menachem Begin and Yitzhak Shamir as an advisor on terrorism, has been named as the Israeli official who recruited Pollard and operated him. Pollard is accused by the FBI in the U.S. of having been paid $2,500 a month and two trips to Europe for passing secret information to Israel over an 18 month period.

The Cabinet statement was prepared by Premier Shimon Peres, together with Foreign Minister and Deputy Premier Yitzhak Shamir, Defense Minister Yitzhak Rabin and leaders of Israel’s intelligence units. It was delivered to U.S. Ambassador Thomas Pickering.

In issuing the statement, the government hoped to diminish American anger at the way Israel was handling the affair. However, there was an obvious gap between Washington’s demands to receive maximum information concerning the affair and Israel’s tendency to give little information about its intelligence gathering systems.

The Reagan Administration expressed its dismay last Friday at Israel for failing to allow U.S. officials to speak to two Israeli diplomats who abruptly returned here last week. The two are llan Ravid, an aide to the science attache at the Israel Embassy in Washington, and Yosef Yagur, the science attache in the Israeli consulate in New York. The statement made no mention of the two diplomats.

At the Inner Cabinet meeting today, Peres clashed sharply with Moshe Arens, a former Defense Minister currently holding the Minister-Without-Portfolio post. Arens expressed shock at the Pollard affair. Peres retorted that Arens need not be since, he said, the spying took place while Arens was Defense Minister.