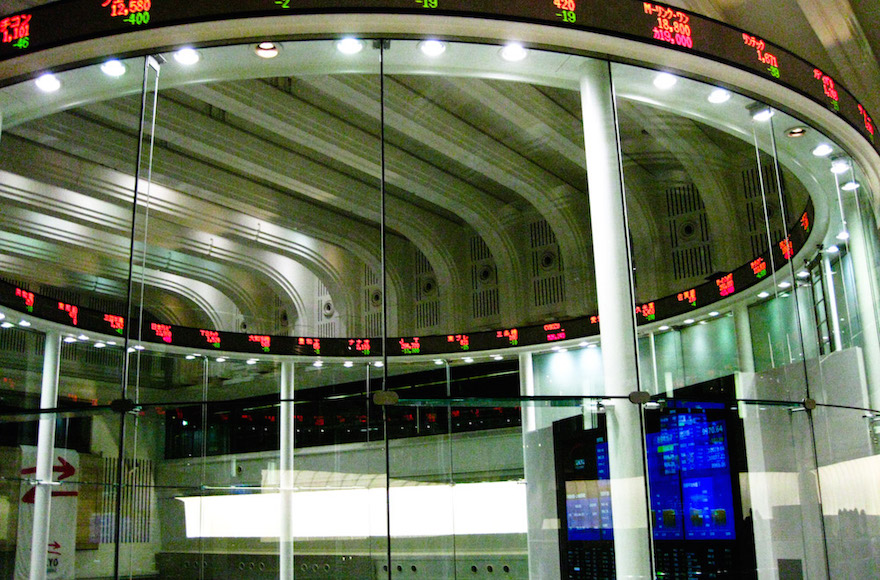 The Japanese government has taken the unusual step of repudiating an article in a major Japanese magazine that blamed an international Jewish conspiracy for a 27 percent tumble this year in the Tokyo stock market.

The article appeared in the weekly Shukan Post, a sensationalist Japanese magazine with a circulation of 800,000, under the headline “Stock Price Manipulated by Jewish Capital.” It charged that “Jewish money” engineered the sharp drop in stock prices as part of an “invisible economic war” meant to weaken Japanese companies for foreign takeover.

The four-page article claimed that Japan’s capitalist system was being destroyed by the arbitrage firms of Salomon Brothers Inc. and Morgan Stanley & Co., both described as controlled by Jewish forces linked to the Rothschild banking family.

For good measure, the article added that undeclared presidential candidate H. Ross Perot had made $1 million out of Tokyo’s troubles.

A report on the Shukan Post article appeared in the Wall Street Journal of July 3, filed by the paper’s Tokyo correspondent, Quentin Hardy, who also wrote that the Tokyo branch of Salomon Brothers had received a series of hate messages by fax, accusing the firm of being part of a Jewish conspiracy to dominate Japan.

The next working day, two leaders of the Los Angeles-based Pacific Rim Institute of the American Jewish Committee telephoned the Japanese Foreign Ministry to express their concern.

Bruce Ramer, the institute’s chairman, and Neil Sandberg, its director, who made the calls, spoke following the news conference, praising the Japanese government for acting promptly and publicly to repudiate the article.

Sandberg, who deals frequently with Japanese officials as part of the institute’s efforts to combat anti-Semitism and improve Japanese trade ties with Israel, said that the Tokyo government was normally extremely reluctant to comment on free press issues, and that its repudiation in this case represents a “highly unusual step.”

In a transcript of the Tokyo news conference, Hardy of the Wall Street Journal brought up the Shukan Post article and asked, “How does this affect the way Japan is viewed? Why does the Japanese government tolerate such irresponsible accusations?”

Responding, spokesman Numata said, in part, “We do feel that it is undesirable that such reports with anti-Semitic overtones stir up prejudices. We also feel that in the light of the history of persecution of the Jewish people, we should understand the sensitivity of the Jewish people to such reports. He also said the government considers it “inappropriate to link the movements in the market to conspiracy theories.”

In recent years, numerous anti-Semitic books and articles have appeared in Japan, often claiming that an international Jewish conspiracy is plotting to take over the world economy.