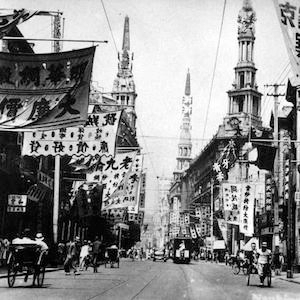 The situation of the Jewish refugees from Europe in Japanese-occupied Shanghai is described in a report reaching here from M. Birman, head of the Shanghai office of the Hias-Ica Emigration Association.

The report says that 6,000 Jewish refugees in Shanghai get only one warm meal a day “which gives insufficient nourishment and is not enough to satisfy their appetites.” The funds needs to cover the cost of the food are raised among permanent Jewish residents, mostly Russian Jews, in the form of loans to be repaid by the Joint Distribution Committee after the war is over. In addition, the Shanghai Ashkenazi Relief Association has imposed a voluntary tax upon the local Jewish population. The Jewish relief committee in Tientsin is also participating in raising funds to feed the refugees.

“All these efforts are inadequate, the situation of the refugees is desperate,” the report says. An effort is being made to provide undernourished persons with a second meal in the evening, but this may not be possible in view of the shortage of funds, the report concludes.