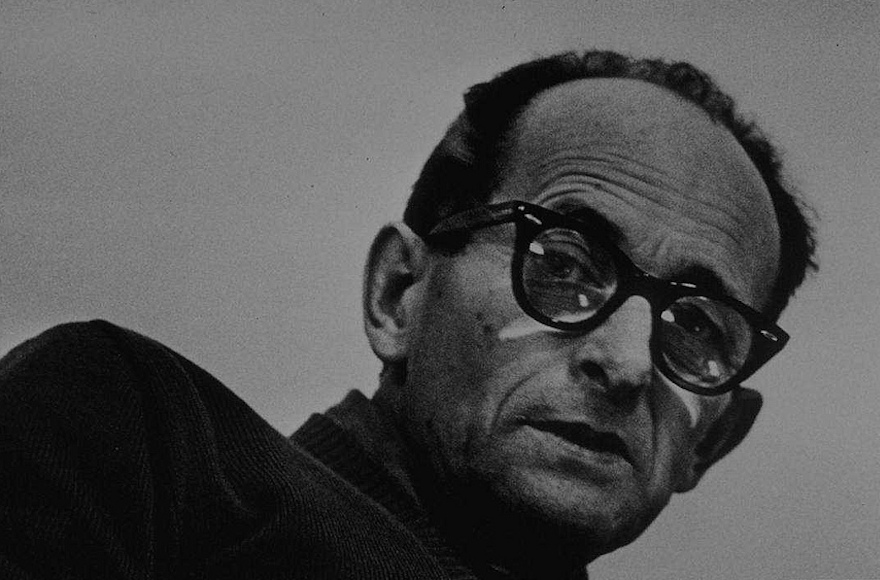 The journalist who tape-recorded in Argentina the confessions of Adolf Eichmann, Nazi expert on Jewish affairs who directed the mass-killing of 6,000,000 Jews in Europe–and sold these confessions to Life magazine in New York–is a Dutchman turned Nazi. He is reported to have been sentenced to death for war crimes in Belgium, and is now under indictment for war crimes in Holland, the Jewish Telegraphic Agency established today.

Life magazine–which publishes in this week’s issue the second of a two-part serial of Eichmann’s confessions, in which he admits committing the crimes for which he is to face trial in Israel next March–identified the man from whom it bought the Eichmann tape-recorded statements as a German journalist, Wilhelm Sassen.

The Jewish Telegraphic Agency established today, through Dutch newspapers, that Wilhelm Sassen is Willem S. Sassen, a Dutch journalist who collaborated during the war with the Nazis occupying Holland. The information was revealed in articles in the Algemeen Handelsblad, of Amsterdam; Het Vrije Volk, of Amsterdam; and the Rotterdamsche Courant, of Rotterdam.

According to the Dutch press, Sassen was for a short time, in 1944, Nazi-appointed editor of an Amsterdam newspaper, de Telegraf. After Holland was liberated from the Nazi regime, the district attorney of the small Dutch town of s’Hertogenbosch, in the province of Brabant, obtained an indictment of Sassen, charging him with war crimes for which, presumably, the sentence upon conviction might have been death. However, the man disappeared and the warrant was never served.

REPORTED ADMITTING THAT HE HAD ESCAPED TO ARGENTINA

According to another newspaper, De Standard, of Brussels, Belgium, Sassen was tried in absentia by a military court in Belgium. In that trial he was convicted of war crimes and sentenced to death.

Het Vrija Volk reports that, in a telephone conversation with Sassen, who lives in Buenos Aires, the man admitted that he was the former Willem S. Sassen, that he was an officer in the SS, Hitler’s Elite Guard, and that he had escaped from Holland to Argentina in 1947.

The Dutch press states that Sassen renounced his Dutch citizenship and became a German national during the Nazi occupation of Holland. The Rotterdam Courant declares that Sassen “could have obtained German nationality only by becoming a member of the SS.” It is pointed out that Eichmann’s own rank in the Nazi regime was as a colonel in the SS.

The Rotterdam Courant declares: “We cannot congratulate Life for employing a collaborator with such a background. We have said before that the publication of Eichmann’s memoirs, while the case is sub-judice, is objectionable. Our objections are stronger, now that we know who this so-called German journalist Wilhelm Sassen, really is.”

Life magazine, questioned about the Dutch reports, today told the JTA; “Life, which had no illusions about Wilhelm Sassen, who persuaded Eichmann to tape-record his confessions, currently appearing in the magazine, was not aware, as Dutch newspapers have reported, that he is Dutch, not German, and was sentenced to death in absentia by a Belgian military court for Nazi collaboration.

“Whatever a full revelation of Sassen’s war-role may show. however, the authenticity of the Eichmann papers has been established through six months of thorough documentation, to the complete satisfaction of the editors of Life.”

The Life magazine refused to reveal the price paid to Sisen for the publication of the Eichmann memoirs. Reports both in Germany and in Israel have intimated that the costs of Eichmann’s defense are being met from the proceeds of Eichmann articles sold to a large American magazine.

In the Life series, Sassen quotes Eichmann as saying, among other things: “If we had killed all the 10,000,000 Jews that Heinrich Himmler’s statisticians originally listed, in 1933, I would say: ‘Good, we have destroyed an enemy.'”

EICHMANN’S LAWYER, STUNNED BY HIS CONFESSIONS, MAY DROP DEFENSE

Robert Servatius, the Cologne attorney who is to defend Adolf Eichmann in the Israel trial slated to start March 6, said today that if the memoirs of the Nazi mass executioner in Life magazine were true, any defense “would be a waste of time.”

He told the United Press International that if the memoirs were genuine, he would withdraw as defense attorney. He said his hair “stood on end” when he read a section in the articles citing Eichmann as saying he had no regrets for his role in the execution of 6,000,000 European Jews and that even if 10,000,000 had been killed, he would simply have regarded this as destruction of the enemy.

The attorney said he planned to ask Eichmann’s brother, Robert, who lives in Linz, Austria, whether the memoirs were genuine and added that if he was so informed, “I will give up the defense on the spot.”