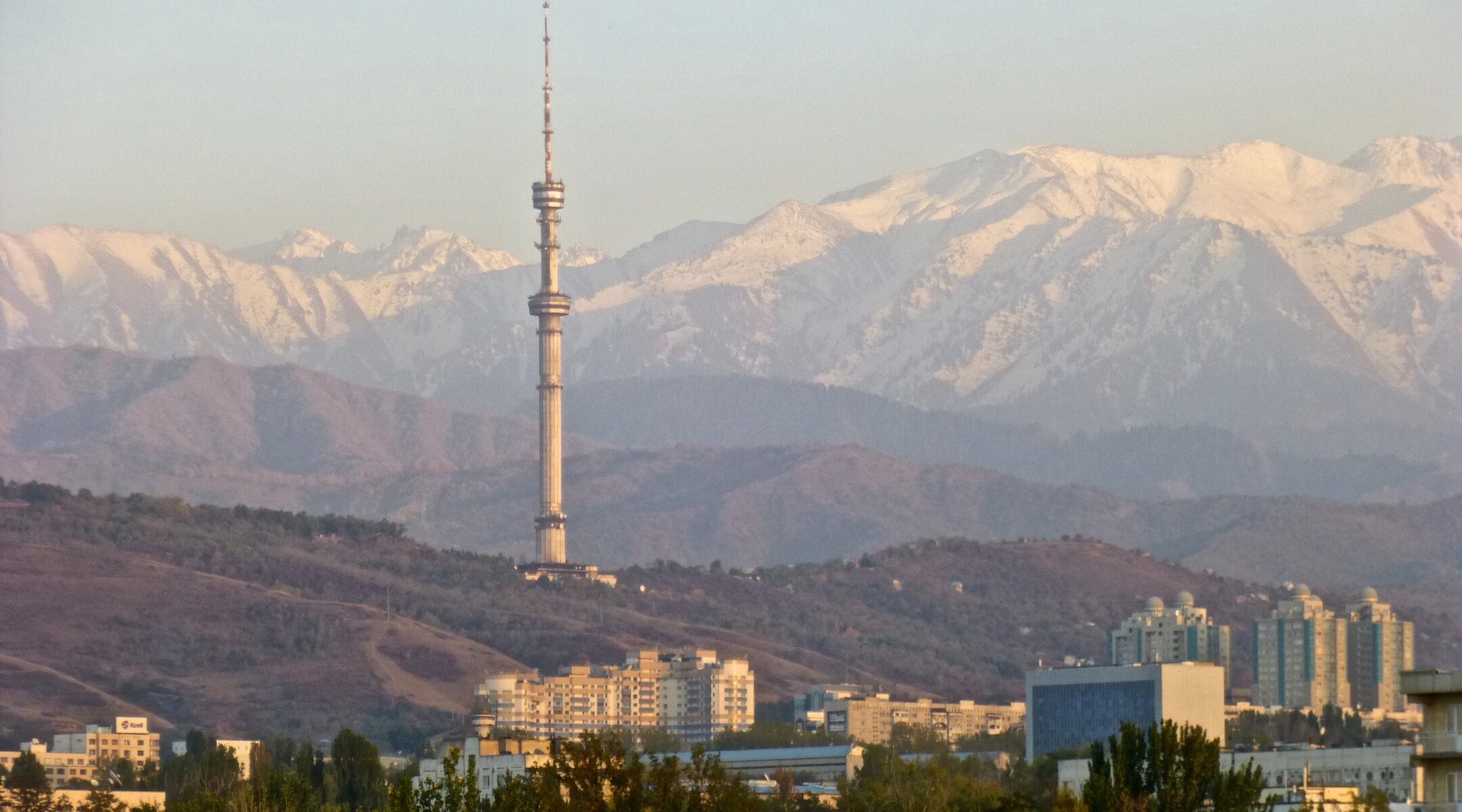 A new synagogue and community center has opened for business in Central Asia. Located in Almaty, the capital of the former Soviet republic of Kazakhstan, the new building was dedicated this week — one year after groundbreaking.

It includes classrooms, a library, community offices, mikvah, or ritual bath, and a soup kitchen to feed elderly and needy Jews.

The Beis Menachem Center, affiliated with the worldwide Lubavitch movement, was named after the late Lubavitcher rebbe, Menachem Mendel Schneerson.

The rebbe’s father, Rabbi Levi Yitzchak Schneerson, was among thousands of Jews who were exiled to Kazakhstan during Josef Stalin’s dictatorship for practicing Judaism.

Historical records show that the first known Jewish community — including 48 soldiers who had completed their service in the czarist army — settled in Kazakhstan in the 1880s.

In the century since then, Jews generally gathered in private houses for services.

Kazakhstan is the second largest republic in the former Soviet Union. The country’s Jewish community numbers about 32,000, with some 7,000 Jews living in Almaty.

For many of the Jews in Kazakhstan, Beis Menachem represents a historic triumph.

In addition to being a place of exile, many Jews from Eastern Europe fled to Kazakhstan during the Holocaust.

Hundreds of those Jews are buried in a cemetery a few blocks from where the new community center now stands.

Among those buried there is Levi Yitzchak Schneerson. Removed from his post as chief rabbi of Dnepropetrovsk, Ukraine, Schneerson was exiled to Kazakhstan in 1939.

Five years later, he passed away in Almaty. His grave has since become a pilgrimage site for many Jews.

According to local officials, many Soviet Jews moved to Kazakhstan after the Holocaust because it was easier to find economic prosperity in remote regions.