Makor: Where Gen-X Jews Can Have a Brew, Meet a Mate, Study Kabbalah 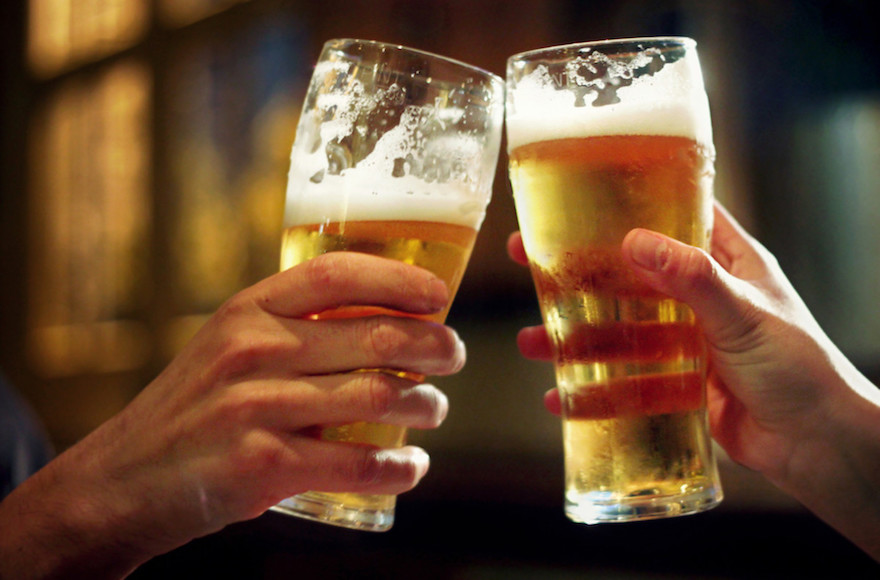 One guy: “I’m kind of Jewish.” Response: “What does that mean, you went to Yeshiva Rub-a-dub-dub?”

So went one conversation overheard at Makor, a new spot for New York’s 20- and 30-something Jews.

An amalgam of coffeehouse, bar, cinema, gallery and house of study, Makor bills itself as “New York’s newest center for culture” and is designed to serve as a national model for reaching out to an age group studies have found is least likely to participate in Jewish life.

In development over the past four years, Makor — funded primarily by mega- philanthropist Michael Steinhardt — has already sponsored concerts, poetry and play readings, classes and other events around town.

Last week, in a series of receptions and concerts, it began settling into its own home, an $11 million Upper West Side brownstone.

Makor, Hebrew for “source,” offers a low-key, low-pressure approach to Judaism in an artsy, dimly lit environment that looks a lot more like a Starbucks than a synagogue.

According to Rabbi David Gedzelman, Makor’s creative and rabbinic director, his venture — which once a week will team up for concerts with the trendy downtown club the Knitting Factory — juxtaposes “the kinds of entertainment and leisure concepts that people seek out in the dominant culture, with opportunities for Jewish growth.”

“I don’t know of any other Jewish institution with a bar and alcohol license,” he added.

The goal is to attract people with the bar, concerts, “light Mediterranean” (a k a kosher) fare, and film screenings on the building’s lower floors and then – – should they be interested — allow them to comfortably explore the more Jewish offerings, like a drop-in Kabbalah class or a course on “Yoga as a Spiritual Practice,” taught by an array of instructors.

So far visitors — many of whom seemed on the prowl for a date Thursday night – – are by and large impressed.

At an opening reception — to which all who had attended previous Makor events were invited — the building’s first two floors were noisy and packed with young people, many of whom said they liked the fact that it was “Jewish but not religious.”

“It’s a nice idea to have a cultural center rather than a strictly religious or social one,” said Sherri Zuckerman, a 36-year-old photo researcher/editor, as she sat in the bar reading Makor’s 12-page October calendar of events and waiting for her friends to arrive.

“I’m more interested in things that have a creative or artistic edge, and I’m interested in the history of religion, but not in conservative religious practice,” she added.

“I like the idea that it’s not intensely Jewish, that it’s open to people exploring,” said Tara Goodrich, a 30-year-old graduate student in psychology, who noted that she was “half Jewish.”

“This fills a void that needs to be filled,” said Gail Wilck, who described her age as “30-plus” and said she had recently become single.

“This looks like a nice group of people,” she said, appraising the room, comparing it favorably to the crowds at other Jewish singles events and noting that “I’m sure if I invited my non-Jewish friends, they would be more comfortable here than other Jewish places I’ve been.”

Wilck wasn’t the only one comparing Makor favorably to other Jewish venues.

“I’ve been to a few Jewish things — they were fairly grotesque,” said 32-year- old Dan Roberts, a bank project manager, who declined to elaborate and then swiftly appraised Makor: “Nice space, the beer is good and the food is good.”

A 30-year-old woman in book publishing, who identified herself only as Robin, said she had attended several Makor events last year, including a swing dancing night that was “the best Jewish event I’ve been to ever,” noting that other Jewish events tend to be “stale by comparison.”

“This is a place for Jews to congregate, which is what’s so lacking in this city,” said Vicki Klee, a staffer for the United Jewish Communities, hanging out in the bar with a group of friends.