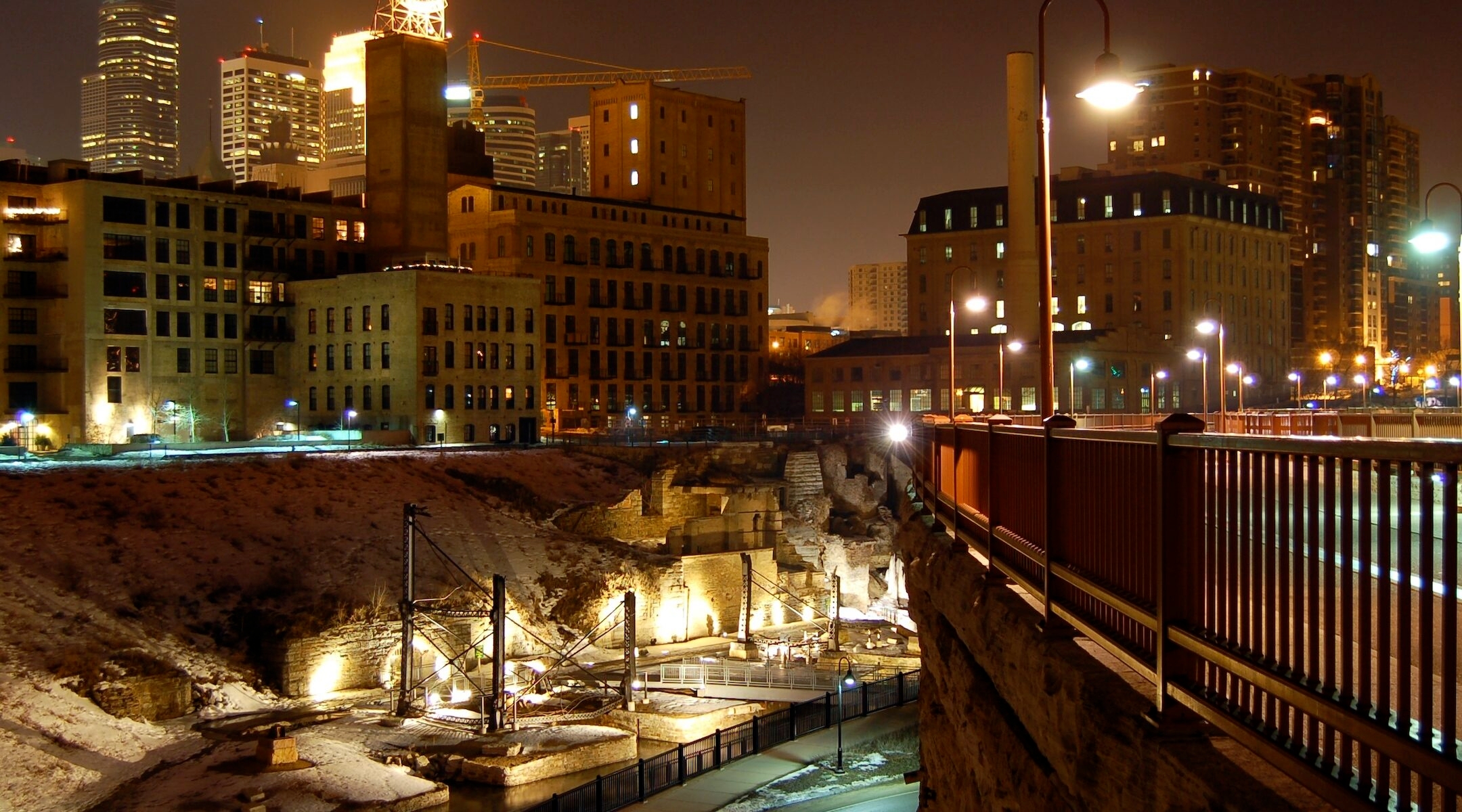 Minneapolis is using the fragile huts associated with the ancient festival of Sukkot to draw attention to a modern political and social issue — lack of affordable housing in the city.

During Sukkot, Jews express gratitude for God’s abundance and for the comforts of home while reflecting on the temporary homes in which their ancestors dwelled during their wandering in the desert after the Exodus from Egypt.

“Since the sukkot are temporary houses, we felt that this is a metaphor for our current housing crisis in the Twin Cities metro area,” said Susan Jacobson, director of public programs at the Minneapolis Institute of Arts, which is sponsoring the project.

With the help of several local Jewish agencies, the institute is providing a forum to raise the issue of social injustice in access to affordable housing.

Although the museum is primarily showcasing six models of sukkot throughout the city that were designed by local architects and artists, it is also providing information about the Jewish holiday, and tour guides tell visitors that Sukkot is a holiday of charity and justice for the poor and homeless.

In addition to the exhibit, the museum will host a conference to discuss the housing issue.

“Because of the history of the holiday, the Jews should be sympathetic towards those in need of housing,” said Nick Rosenthal of Jewish Community Action, which is co-sponsoring the conference.

“Our organization is basically trying to get the Jews involved with this community issue, even if it doesn’t effect them directly,” Rosenthal added.

According to the Metropolitan Interfaith Council on Affordable Housing, the home vacancy rate in Minneapolis has declined to 1.6 percent in 1999, and average rents have increased approximately 5.9 percent; in contrast, wages have risen by 3 percent.