Mrs. Meir Becomes 4th Premier As Knesset Gives Her a 84-12 Vote of Confidence 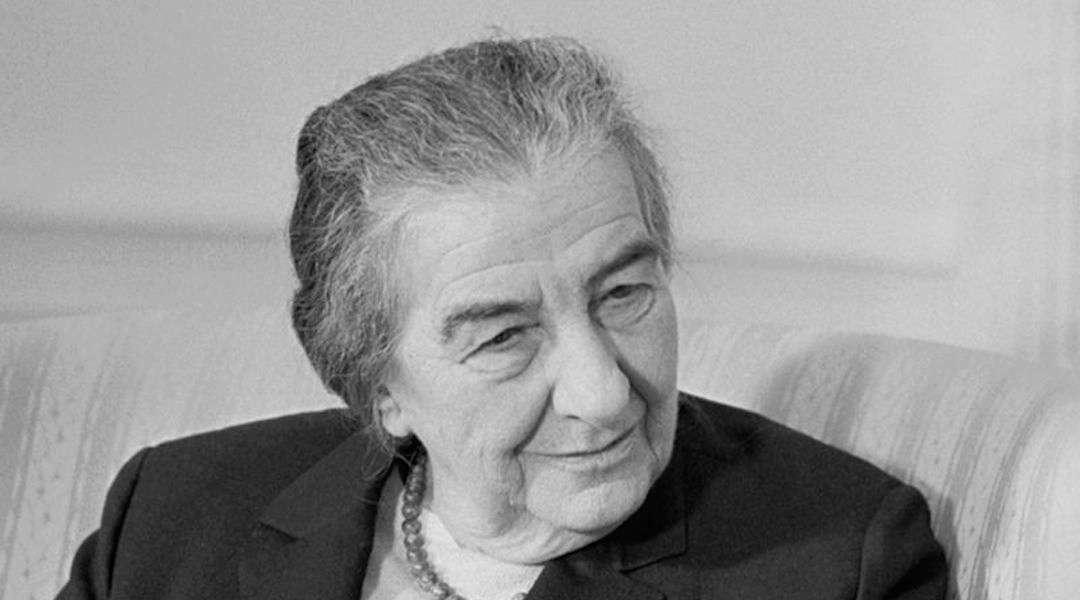 The Knesset (Parliament) gave an overwhelming vote of confidence today to the coalition government of Mrs. Golda Meir. who becomes Israel’s fourth Premier. The vote was taken following an hour-long speech by the 70-year-old former Milwaukee school teacher in which she served notice that Israel would never accept a solution to the Middle East conflict imposed by the Big Powers.

The tally, 84-12 with one abstention, was read by Speaker of the Knesset Kaddish Luz and Mrs. Meir took her place at the head of the horse-shoe shaped government table where she and her cabinet pledged allegiance to the State, its laws and the Knesset, according to a formula laid down by Israeli law. The Cabinet later paid a ceremonial visit to the home of President Zalman Shazar.

Mrs. Meir’s coalition cabinet is the same as the one put together 22 months ago by her predecessor, the late Prime Minister Levi Eshkol, on the eve of the Six-Day War. It consists of her own Israel Labor Party, now in political alignment with Mapam, the left-wing labor party; the Gahal (Herut-Liberal Party alignment); the Independent Liberals; National Religious Party; Poali Agudat Israel, and four small factions made up of Druze and Israeli Arabs affiliated with the Labor Party.

The position of Mrs. Meir’s Government was spelled out in a platform presented to the Knesset today which declared that “the government will make constant efforts to achieve a durable peace with Israel’s neighbors founded on treaties of peace to be reached in direct negotiations between the parties concerned.” The document asserted further, “Without peace treaties, Israel will continue to maintain in full the situation as determined by the cease-fire and will consolidate her position in accordance with the vital needs of her security and development.” That platform, reflecting the demands of the rightwing, nationalistic Gahal faction, appeared to contradict the contention of some observers here and abroad that in the past few months Israel had “quietly dropped” its insistence on direct peace talks with the Arabs and formal peace treaties with them.

Mrs. Meir’s maiden speech as head of the government left little doubt about what Israel’s stand will be in the months ahead. She reflected the deep concern felt here that the Big Four powers, whose representatives were expected to confer on the Middle East at the United Nations this week, may come up with recommendations inimical to Israel’s interests and exert pressure on Israel to accept them. “The small State of Israel ventures to ask its friends…to under stand that in matters affecting our existence, the conditions for our very physical survival, no decision can be adopted without us, nor can any recommendations be formulated without our consent,” Mrs. Meir said.

She said the Arabs must understand that the cease-fire lines can be tranquil only if quiet is maintained on both sides of the line. “We want tranquility,” she added. “It was never our aspiration to win victory in war, but to prevent wars. But it has been demonstrated that when wars have been forced upon us, we have been able to play our part and there is no doubt in my heart that if a new war is forced upon us again, we shall again be victorious.”

The Knesset assembled this morning. After being called by the Speaker, Mrs. Meir rose from her seat in the Labor Party section and mounted the rostrum. Members of her family were in the audience as was Mrs. Miriam Eshkol, widow of the late Prime Minister. Most members of the Knesset were dressed formally but some did not break their habit of appearing in public with open collars. Yigal Allon was sworn in as Deputy Prime Minister, the rank he held in the Eshkol government. He had served as Acting Prime Minister of the caretaker government from the time of Mr. Eshkol’s death Feb. 26 until Mrs. Meir was named Premier-designate by President Shazar. The only absent members of Mrs. Meir’s cabinet were Foreign Minister Abba Eban and Housing Minister Mordecai Ben Tov who are abroad.

Former Prime Minister David Ben-Gurion, absent from the chamber during Mrs. Meir’s address, arrived later but abstained from casting a ballot in the confidence vote. Mr. Ben-Gurion later expressed his “personal” opposition to Mrs. Meir. He had been a bitter political foe of the late Mr. Eshkol. The former Premier, who plans to stand for re-election to the Knesset as a one-man faction, said he would join the United Labor movement if it were headed by “men of high ethical standards true to the people of Israel. Another erstwhile political opponent of Mrs. Meir, Defense Minister Moshe Dayan, warmly congratulated her as she walked from the rostrum after her speech. He will continue to serve as Defense Minister.