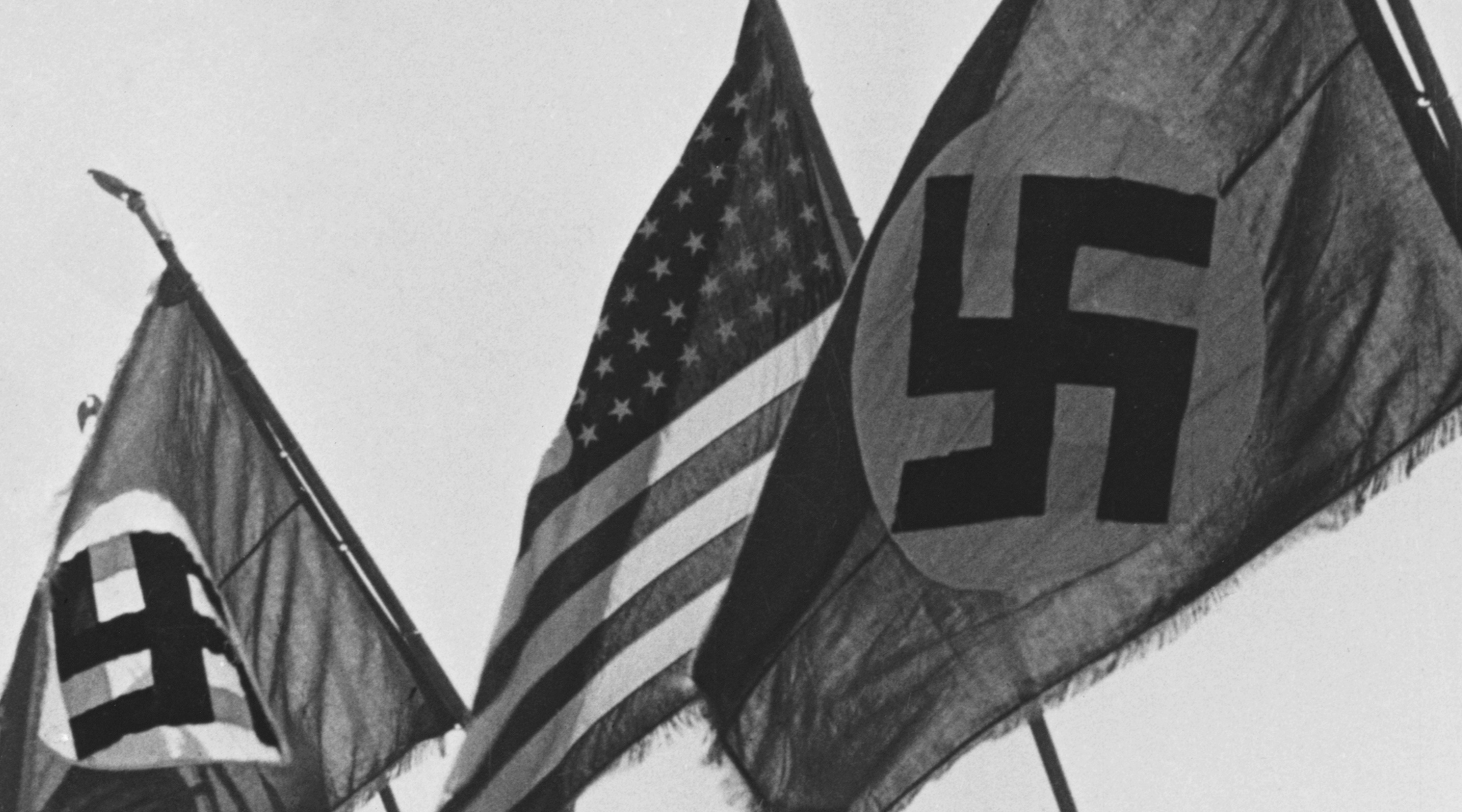 The police today are bringing charges against three Nazis who were arrested as a result of the riot that broke out here last night, during a speech made by Heinz Spanknoebel, leader of the Nazi element in the United States, to his followers.

The meeting, at the Schwabenhalle, under the auspices of the Friends of the New Germany, headed by Spanknoebel, was the target for stones and stench bombs thrown by the anti-Nazis in the crowd of about one thousand who waited outside the hall.

One of the Nazis arrested was one of Spanknoebel’s personal guard. He was found carrying a piece of loaded lead pipe. As Spanknoebel emerged from the meeting surrounded by his body guards, the crowd made a dash for him. He escaped in his car, however, leaving his guards to the mercies of the anti-Nazi crowd. Spanknoebel himself was unharmed.

Police were called and after a time succeeded in dispersing the crowd who were waiting for the Nazi audience to come out of the hall where they had been listening to Spanknoebel.

“We must succeed, for heaven is with us,” Spanknoebel declared in his address. “We have honest men for leaders. There are no pogroms in Germany, but the Hitler regime is showing us an entirely new way of dealing with the Jewish question.

“You must protest unceasingly against the nefarious boycott movement in this country and American citizens of German origin should take the initiative in this respect.

“The boycott is really damaging American trade because Germany imports twice as much from this nation as she exports,” the would-be American Hitler declared.

Spanknoebel assailed the proposed Dickstein investigation bitterly and placed Hitler on a parallel with President Roosevelt for leadership.

Dr. I. T. Griebel, president of the local branch of the Friends of the New Germany, attacked Bernard Ridder, publisher of the New Yorker Staats Zeitung; Dr. Paul Schwartz, whom the Hitlerites dismissed as consul in New York, and Samuel Untermyer, who heads the anti-German boycott movement in the United States, charging them with being the instigators of the boycott against Germany. He also assailed the Jewish intellectuals, who he said, belonged in Communist Russia.

Inflammatory Nazi literature was sold and distributed at the meeting.

Trouble at the meeting had been freely predicted for several days. A delegation of Communists had previously visited Mayor Ellenstein and asked him to stop the meeting.

The disturbance that occurred was similar to the one on Yom Kippur night, when a Nazi meeting was broken up and three Germans taken to the hospital.