Pitcher and Reporter Are at Odds over Alleged Anti-Semitic Remarks 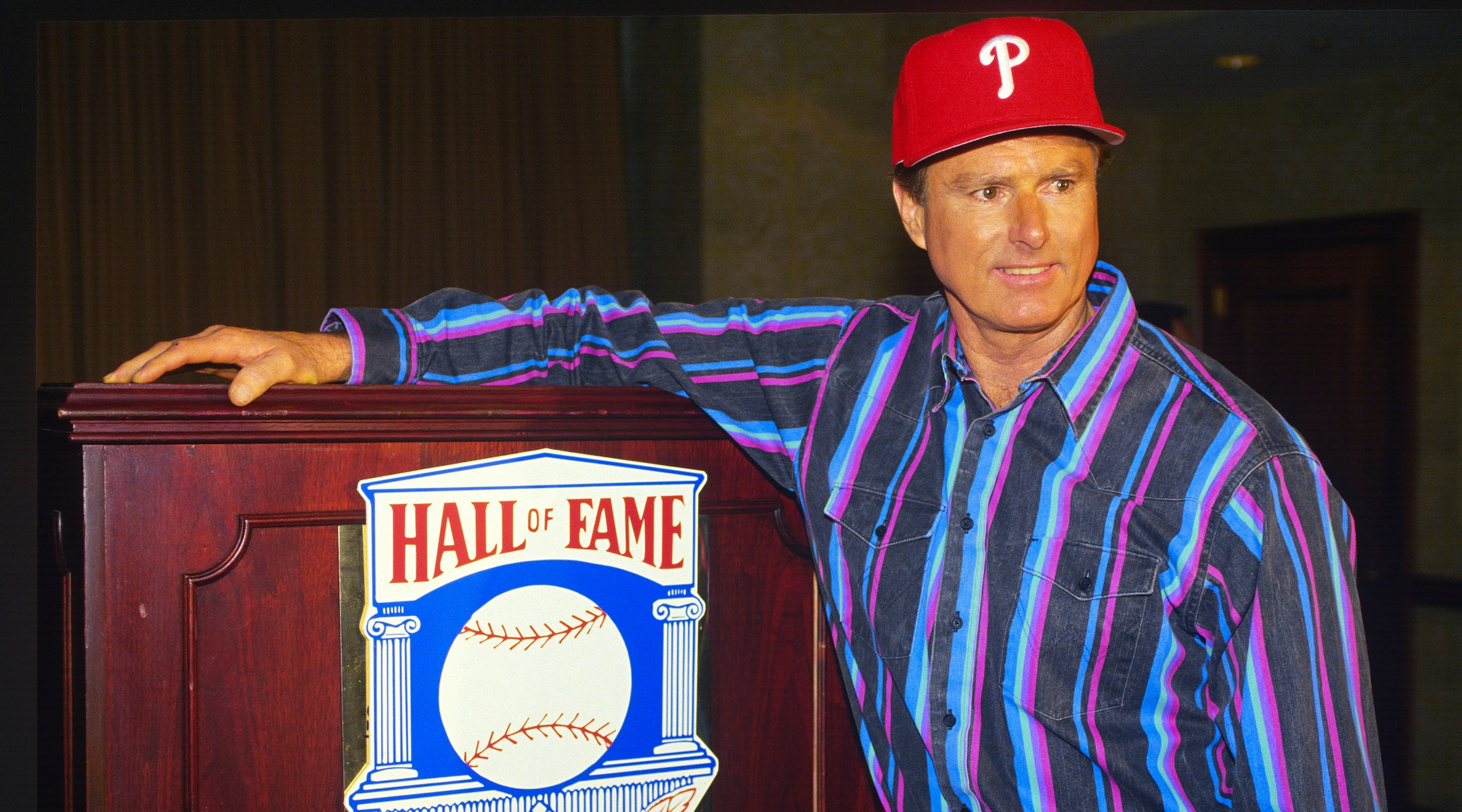 Retired pitcher Steve Carlton of the Philadelphia Phillies talks to the media about his induction into Major Leagues Baseball Hall of Fame in 1994 in Cooperstown, N.Y. Carlton played for the Phillies from 1972-86. (Focus on Sport/Getty Images)
See Original Daily Bulletin From This Date
Advertisement

Is legendary former Phillies pitcher Steve Carlton an anti-Semite? According to remarks in the April issue of Philadelphia magazine attributed to the baseball player known as “Lefty,” the answer is yes.

But in a statement released last Wednesday, Carlton denied making such remarks as “the Elders of Zion rule the world” and “12 Jewish bankers meeting in Switzerland rule the world,” as reported in the magazine.

But Jordan is standing firm. Reached in Florida, he responded to Carlton’s denial by saying, “Everything I wrote, he said.”

Jewish groups had responded to the magazine article by calling for Carlton to apologize. And the American Jewish Congress, whose president David Kahn had called the remarks attributed to Carlton “outrageous,” initially asked that the baseball player’s impending induction into the Baseball Hall of Fame be delayed until he apologizes.

But instead of apologizing, Carlton said in his statement Wednesday that he called for “an apology for the insensitive remarks attributed to me by Pat Jordan.”

“The article has almost no truth in it. I reject it completely,” Carlton said. “I specifically deny saying anything that could be interpreted as offensive to the Jewish people.”

On Thursday, AJCongress issued a statement welcoming Carlton’s repudiation of the remarks and withdrew its request to suspend his Hall of Fame induction.

But Jordan, saying he has been a reporter for 30 years, maintained that he could not have made up the remarks.

“I go to the interview. I write down what people say. If he decided he doesn’t want to say it now, that’s his problem.

“I couldn’t have made that stuff up. I never heard of those things,” Jordan said.

His editor at Philadelphia magazine, Eliot Kaplan, said he stands behind Jordan “all the way.”

Kaplan said, “If he was fabricating stuff, he wouldn’t be in the business very long. It’s libelous for Steve (Carlton) to be saying that stuff.”

Mark Pelavin of AJCongress, who welcomed Carlton’s denial of making the anti-Semitic remarks, said, “We weren’t in the room. We can only react to the sentiment” in Carlton’s statement.

Carlton is to be inducted into the Baseball Hall of Fame on July 31.

Some people familiar with Carlton have denied that he harbors animosity toward Jews.

Larry Shenk, vice president of public relations for the Phillies, knew Carlton when he played here from 1972 to 1986.

“I never heard him talk like that,” Shenk said. “I don’t know where it came from. He’s too smart to say stuff like that.”

And former Phillies catcher Tim McCarver said, “I’ve known Steve for 29 years, and I can say categorically that he’s not a racist, not an anti-Semite.”

But McCarver, who is now a broadcaster for the New York Mets, noted that his former teammate was known to engage in “radical readings” and take “eccentricities to new heights.”

He said Carlton’s alleged comments could be described as “contradictory, not anti-Semitic.”

Jordan himself has acknowledged that he “didn’t have the feeling” that Carlton “was anti-Semitic.

“He gave me so many conspiracy theories – one after another – I didn’t think he was targeting one group. He got involved in this whole conspiracy thing. I didn’t detect any anti-anything.”

Burt Siegel, associate executive director of the city’s Jewish Community Relations Council, and Barry Morrison, regional director of the Anti-Defamation League, have both said the remarks attributed to Carlton were “disturbing.”

“It’s unfortunate that people admired for their athletic skills do not have the attitude we would hope they would have toward other groups,” Morrison said. “We’d like to think that those held in such esteem would carry over their excellence into other domains.”

Siegel had said that when he read the magazine article, “I was stunned.” He said there is an “assumption that because they are good athletes, they are heroes.”

Following Carlton’s denial of the comments attributed to him, Morrison said, “I think it’s good that he’s saying clearly and directly that he rejects” making disparaging remarks about Jews. “Based upon this response, we’re satisfied with the outcome.”