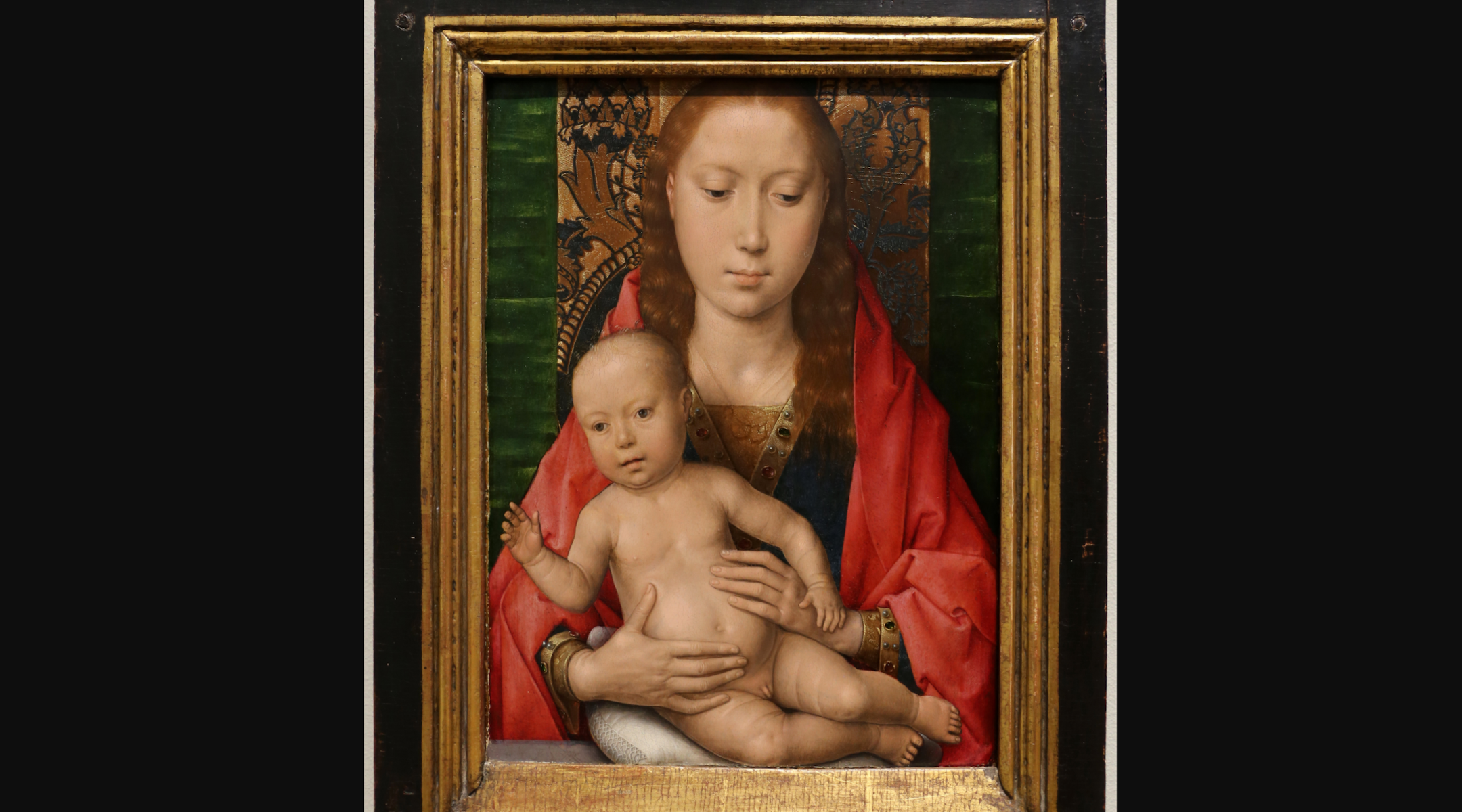 The Office of the Postmaster General has rejected a protest by the American Jewish Congress against issuance of a 1966 Christmas stamp depicting the “Madonna and Child” by Hans Memling, now hanging in The National Gallery in Washington, it was reported here today.

A spokesman for the Congress, replying to the Post Office, said that the painting was religious in nature and that its reproduction on a postage stamp violated the Constitutional requirement of separation of church and state. A copy of the correspondence was sent by the AJ Congress to the National Council of Churches which is considering whether to support the protest.

The AJ Congress assailed the “Madonna and Child” stamp in a letter by Rabbi Arthur J. Lelyveld of Cleveland president of the group, to Postmaster General Lawrence F. O’Brien, stating: “With abiding respect for the sensibilities of our Christian fellow-Americans and for the aesthetic importance of the subject, we must nevertheless urge you not to print this stamp. The celebration of religious holidays, we believe, should be left to the church, the synagogue and the individual conscience. It is not the business of the United States Post Office.”

Rabbi Lelyveld said the “stamp matter” was a “classic example” of the way in which violations of the principle of separation of church and state “creep into practice and gain acceptance.” He pointed out that from 1789 to 1962, “the Post Office treated all proposals for the issuance of stamps commemorating religious holidays as violating the requirement of religious neutrality imposed by the Constitution.”

“In 1965, however, ” he continued, “the Christmas stamp, apparently already regarded as a tradition, depicted an angel blowing a trumpet–a theme that was clearly religious, though arguably nonsectarian. Now we have the proposal for 1966 that is plainly both religious and sectarian. ” He added that the fact that the design is a reproduction of a work of art is “irrelevant.”

The full text of the Post Office’s reply, signed by Ira Kapenstein, special assistant to the Postmaster General emphasized two points: “1. No one is forced to use the Christmas stamp; it is not mandatory in any way. 2. Our 1966 stamp will portray a portion of a work of art and the stamp design will identify at the bottom both the artist, Memling, and the National Gallery of Art.

“Since 1962 special stamps have been provided for the benefit of those who wish to use them on Christmas mailings. Postmasters always have other issues, both regular and commemorative, on hand for patrons who prefer them, ” the letter from the Postmaster General’s office stressed.