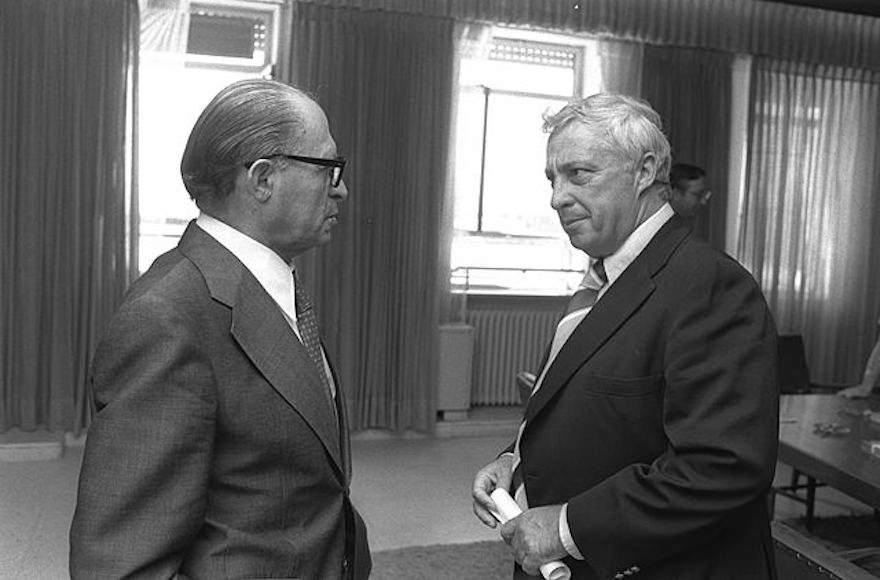 Just as Ariel Sharon seemed to have put a mild stroke behind him, a new health crisis has thrown the Israeli political system into turmoil. Less than three weeks after his mild Dec. 18 attack, Sharon suffered a “significant stroke” Wednesday night. The Israeli prime minister was rushed to Hadassah’s Ein Kerem Hospital in Jerusalem, where he was undergoing emergency neurosurgery for a cerebral hemorrhage.

Grim-faced doctors and Sharon aides emerged from the hospital to update the media.

The Jerusalem Post quoted a doctor describing Sharon’s surgery as life-threatening. Asked about Sharon’s chances of surviving the surgery, the doctor replied, “Let’s be optimistic; some people survive it.”

A former Jerusalem mayor who has held numerous Cabinet posts, Olmert has been one of Sharon’s closest associates in recent years, often testing the waters by proposing controversial policies that later are seen to come from the prime minister. Olmert was one of the first politicians to follow Sharon out of the ruling Likud Party when the prime minister defected in November to form his new centrist movement, Kadima.

Wednesday’s stroke intensified speculation about Sharon’s future that began after the first attack shattered his aura of invincibility. Sharon, 77, was known for his energy and drive, despite being obese.

The initial stroke sparked uncertainty over what would happen to Sharon’s bold diplomatic agenda if he were incapacitated. It also raised questions about whether Kadima, which appeared poised to win a landslide election in March on the strength of Israelis’ confidence in Sharon, could still win votes without its founding father.

The public saw Sharon as a pragmatic centrist who could take difficult decisions and sell them to moderate right-wingers because of his security credentials. Many Israelis believed Sharon was uniquely positioned to separate Israel from the Palestinians and delineate the Jewish state’s permanent borders.

A White House spokesman said the administration’s “thoughts and prayers” were with Sharon and his family.

“It’s our hope that he receives the medical attention that he needs,” Frederick Jones, spokesman for the White House’s National Security Council, told JTA. “We have been in touch and are in touch with the government of Israel. We are monitoring the situation here at the White House and will continue to do so.”

Sharon had just arrived home at his ranch in southern Israel on Wednesday when he began complaining of pain, press reports said. He had gone home to rest ahead of planned surgery Thursday to fix a congenital heart defect that was believed to have contributed to his first stroke.