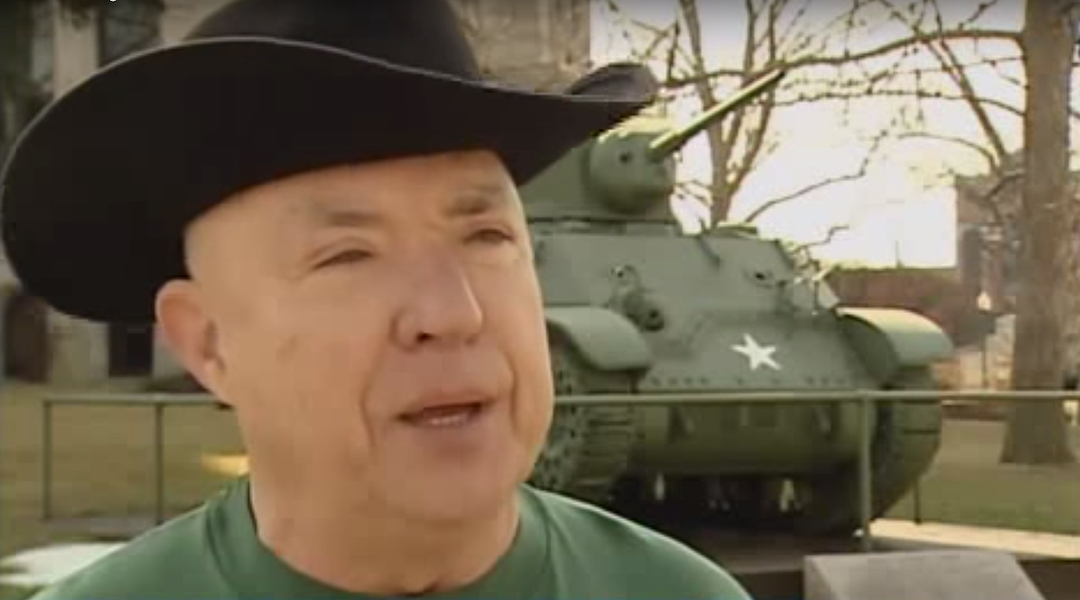 One of America’s most notorious white supremacists faces a $10 million civil suit here for a 1988 racist murder.

Tom Metzger, leader of the White Aryan Resistance — or WAR — and his son, John, head of the affiliate Aryan Youth Movement, are being sued for $10 million by the family of Mulugeta Seraw, an Ethiopian national who was bludgeoned to death by three Portland Skinheads in November 1988.

The plaintiffs are being represented pro bono by the New York offices of the Anti-Defamation League and by the Southern Poverty Law Center, an anti-racist legal aid organization based in Montgomery, A1a.

Metzger, who resides in Fallbrook, Calif., near San Diego, is representing himself.

The Skinheads pleaded guilty last year and said they were members of WAR. ADL and the Law Center say Metzger incited the Skinheads to look for victims and kill them, thus making them liable under Oregon law.

In asking for $10 million in damages, they are also seeking to bankrupt the defendants. It is a tactic that was used successfully in 1984 in a case against the Ku Klux Klan. The mother of a black youth who was lynched in Alabama was awarded $7 million and title to the headquarters of the United Klans of America.

The Metzger case, which began Oct. 8, is receiving national attention and is considered by many to be a litmus test of the First Amendment’s right to free speech.

The American Civil Liberties Union, appearing as a friend-of-the-court, presented Multnomah County Circuit Court Judge Ancer Haggerty with a brief that defended Metzger’s right to advocate racism if it cannot be proved that he intentionally incited criminal violence.

According to Portland police spokesman Dave Simpson, the city maintains a “hard-core” population of 50 to 100 neo-Nazi Skinheads, putting it far behind similar populations in major West Coast cities.

In spite of the statistics, Portland’s Jewish community is acutely aware of the proliferation of anti-Semitism in the past decade, particularly as expressed by the Skinhead movement.

According to the National Jewish Community Relations Advisory Council, what is occurring in Portland is consistent with the national picture. Local Jewish leaders, however, are less in agreement about the implications of the Metzger trial.

“This trial is symbolic of how society responds when a person breaks the law,” says Rabbi Emanuel Rose of Portland’s oldest synagogue, Beth Israel. “But the facts that give rise to hatred aren’t legal, they’re cultural, and they’re the real problem.”

Rose is not convinced that a legal arena can deal effectively with the “residual anti-Semitism that followed World War II.” He is especially concerned with those forms of anti-Semitism that have used Christianity as a smoke screen for blatant hatred.

Metzger is a past minister of a supremacist cult known as the Christian Identity Church, which regards Jews as the children of Satan and blacks as subhuman.

Metzger, who was a minister of James Warner’s New Christian Church, later disavowed them.

He was also grand dragon of the California Knights of the Ku Klux Klan. In 1980, Metzger won the Democratic nomination for Congress with 33,000 votes in an overwhelmingly Republican district. He lost the election.

Rabbi Joshua Stampfer of Portland’s Neveh Shalom Synagogue is rather optimistic about the consequences of a successful prosecution of Metzger.

“Trials like this are a proven weapon against the organization of anti-Semitism,” Stampfer claims. He considers the rise of anti-Semitism to be directly related to racist groups such as WAR.

“Metzger’s organization isn’t protected by the guarantee of free speech,” Stampfer added. “Because this isn’t a matter of that freedom, it’s about a conspiracy to incite illegal acts.”

The trial is expected to last at least three weeks. Jury selection was completed Oct. 9, and opening arguments were heard the following morning.

Security at the Multnomah County Courthouse in downtown Portland is high, as police expect a minor invasion from out-of-town Skinheads in support of Metzger.

In San Diego last month, the Federal Courthouse was bombed by a group calling itself “The Holy Church of the White Fighting Machine of the Cross,” which warned “all concerned” to drop the Metzger case.

To win their case, ADL and the Southern Poverty Law Center must convince the 12-person jury of a “preponderance of evidence” in support of Metzger’s intent to incite criminal violence.

Chances of that verdict returned in a civil case such as this are far better than in a criminal prosecution, where proof must go “beyond reasonable doubt.”