U.S. Government Declares Itself ‘Neutral’ in the Arab War Against Israel 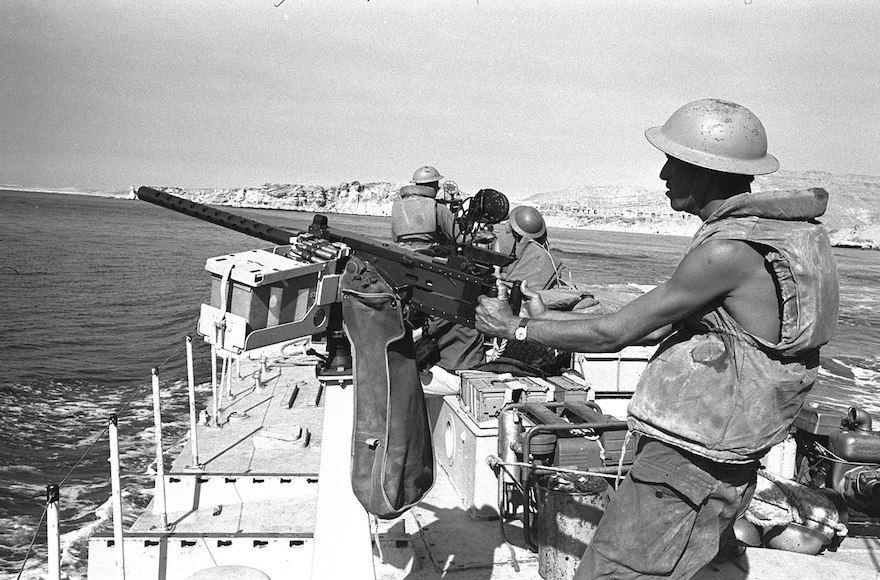 The United States Government today officially declared itself “neutral” in the war that broke out this morning when the Arab states launched an all-out land and air war against Israel.

State Department spokesman Robert McCloskey announced that “our position is neutral in thought, word and deed.” All American military and other aid programs to the Middle East, he said, had been brought “urgently under review.” American policy on the war, he asserted, was to “try to steer an even-handed course.” Asked if the United States would remain neutral no matter how the war developed, he said, “that is our effort.”

The Department spokesman said he did not know if the United States had abandoned its efforts to get the signatures of the maritime nations to a declaration affirming that the Gulf of Akaba and Strait of Tiran were international waterways in which all nations had transit rights. The State Department’s surprising declaration followed an earlier statement from the White House asserting that responsibility for the start of the fighting was “not clear.” The statement appealed to both sides for a cease-fire.

White House spokesman George Christian said that the United States had been “deeply distressed to learn that large-scale fighting had broken out in the Middle East, an eventuality we had sought to prevent.” His statement noted that “each side has accused the other of launching aggression” and asserted that “at this time, the facts are not clear but we do know that the tragic consequences will flow from the needless and destructive struggle if the fighting does not cease immediately.”

The White House statement added that “the United States will devote all its energies to bring about an end to the fighting and a new beginning of programs to assure the peace and development of the entire area.” It noted that the United Nations Security Council had been, called into urgent session and revealed that Secretary of State Rusk and Secretary of Defense McNamara had been asked to brief Senate and House leaders on the situation.

AMBASSADORS OF ALL ARAB STATES IN WASHINGTON SUMMONED BY STATE DEPT.

In a broad diplomatic move to halt the Middle East conflagration, all Arab state ambassadors in Washington were called to an urgent meeting at the State Department with Eugene V. Rostow, Undersecretary of State for Political Affairs, and were requested to accept a cease-fire. According to Dr. Mostafa Kamel, the Egyptian envoy, Mr. Rostow promised a “new look” at the whole Middle East if the Arabs helped restore peace. Later, Mr. Rostow received the Israeli charge d’affaires, Ephraim Evron, at Mr. Rostow’s request, for a 30-minute conference.

The State Department issued orders today banning all travel by American citizens to Israel and 13 Moslem states. Exception was made for persons whose travel is examined and found in the national interest of the United States. All other passports have been declared invalid for travel to Israel and the Moslem states. American citizens in Israel and the Arab states have been advised to leave at once unless their presence is necessitated by U.S. Government interests.

The Defense Department announced that no action orders had been given to the United States Sixth Fleet, now in the Eastern Mediterranean, and denied reports that planes from Sixth Fleet carriers had been flown to Israeli airfields. The Department said “all such reports are erroneous. All the Sixth Fleet aircraft are and have been several hundred miles away from the area of conflict.” It was indicated that the Sixth Fleet was avoiding the immediate war zone.

Chairman J.W. Fulbright of the Senate Foreign Relations Committee said today, after briefings by the State Department and the Central Intelligence Agency, that there was still no information on what triggered the fighting now under way in the Middle East. Sen. Fulbright and Senate Democratic leader Mike Mansfield said that in their briefing today, the Executive Department gave “very qualified” assurances that Congress would be consulted on further American moves in the Middle East war. Sen Fulbright termed the Arab action “an outgrowth of our involvement in South Vietnam.” Chairman L. Mendel Rivers of the House Armed Services Committee said that in the Israel situation, “we’ve got to keep cool.”