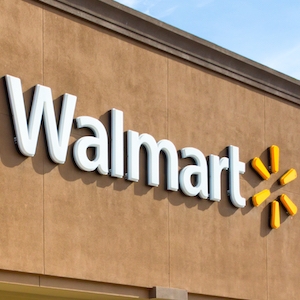 After getting heat from Jewish defense groups, Wal-Mart said it would halt the sale of a quintessential anti-Semitic tract on its Web site. The world’s largest retailer will cease sale of “The Protocols of the Learned Elders of Zion” — a forgery that describes an alleged Jewish plan for world domination — spokeswoman Amy Colella told JTA by e-mail Tuesday night.

The move followed a JTA article Tuesday regarding concerns over the book’s sale by the Simon Wiesenthal Center and the Anti-Defamation League.

Colella insists the store’s swift response was due to its customers.

“Based on significant customer feedback regarding the book titled ‘The Protocols of the Learned Elders of Zion,’ we have made a business decision to remove this book by author Victor E. Marsden from our site,” Colella said.

“As an online retailer, Walmart.com is committed to providing customers with quality media merchandise, and continues to make case-b! y-case decisions on our broad book assortment dependent on what we believe our customers want.”

The book, however, was still available on the site as of Wednesday afternoon.

The switcheroo came only hours after Colella wrote an e-mail to JTA insisting the online store wanted “to provide our customers a choice within our broad, online book selection at every day low prices” that “appeal to our broad customer base.”

Observers say the move may have had as much to do with Wal-Mart’s attempt to save face in the midst of recent bad publicity.

In addition to widespread resentment at the superstore’s expansion, which drives out mom-and-pop retailers, Wal-Mart is fighting the largest private civil rights case in American history.

The class-action lawsuit, filed this summer, represents up to 1.6 million current and former female workers who claim they were passed up for promotion and paid less than their male counterparts.

Additionally, the federal government is in! vestigating the store after finding illegal immigrants working as jani tors in stores in 21 states. Wal-Mart also conceded that it routinely locked up its overnight workers, The New York Times reported earlier this month.

In an attempt to shore up its image, Wal-Mart has launched a P.R. blitz, spending millions on an ad campaign and on acts of goodwill like sponsoring National Public Radio and minorities at journalism schools throughout the country, the Times added.

The Anti-Defamation League welcomed the decision.

The group had only asked for a disclaimer — as it had successfully done years ago regarding the sale of the book by Barnes & Noble and Amazon.

Specifically, it took issue with Wal-Mart’s description of the book, which put its status as a forgery in question.

“Wal-Mart has shown great corporate responsibility by listening and responding to the concerns of customers, especially those who may have been offended by the sale of the ‘Protocols’ and the misleading description on the Walmart.com site,” said the ADL’s nationa! l director, Abraham Foxman.

For his part, Rabbi Abraham Cooper, the associate dean of the Wiesenthal Center, hopes the victory may inspire other booksellers to follow suit.

“We therefore hope that in wake of the Wal-Mart decision, others, including Amazon.com and Barnes & Noble.com would consider replacing this hateful screed with any of the numerous works that clearly refute the book that has rightfully been labeled a ‘warrant for genocide,’ ” he said.

Cooper said his group did not intend to limit information about the “Protocols,” but to marginalize its impact by providing the text in an annotated version — the way, for example, Adolf Hitler’s “Mein Kampf” is sold in Germany.

Cooper had asked Wal-Mart to instead sell a book published by the Simon Wiesenthal Center on the subject, “The Big Lie: The Protocols of the Elders of Zion,” which debunks the “Protocols” chapter by chapter.

But Cooper said he is satisfied with alternative books provided on Wal-M! art’s Web site and commends the retailer, which he says was probably u naware of causing any controversy.

They have taken a classic anti-Semitic screed and said, “We’re not going to make a buck off of it,” Cooper said. “It has to do with community responsibility and also corporate responsibility. I think they made the right decision.”