With Shalit on Table, Israel Weighs Ceasefire with Hamas 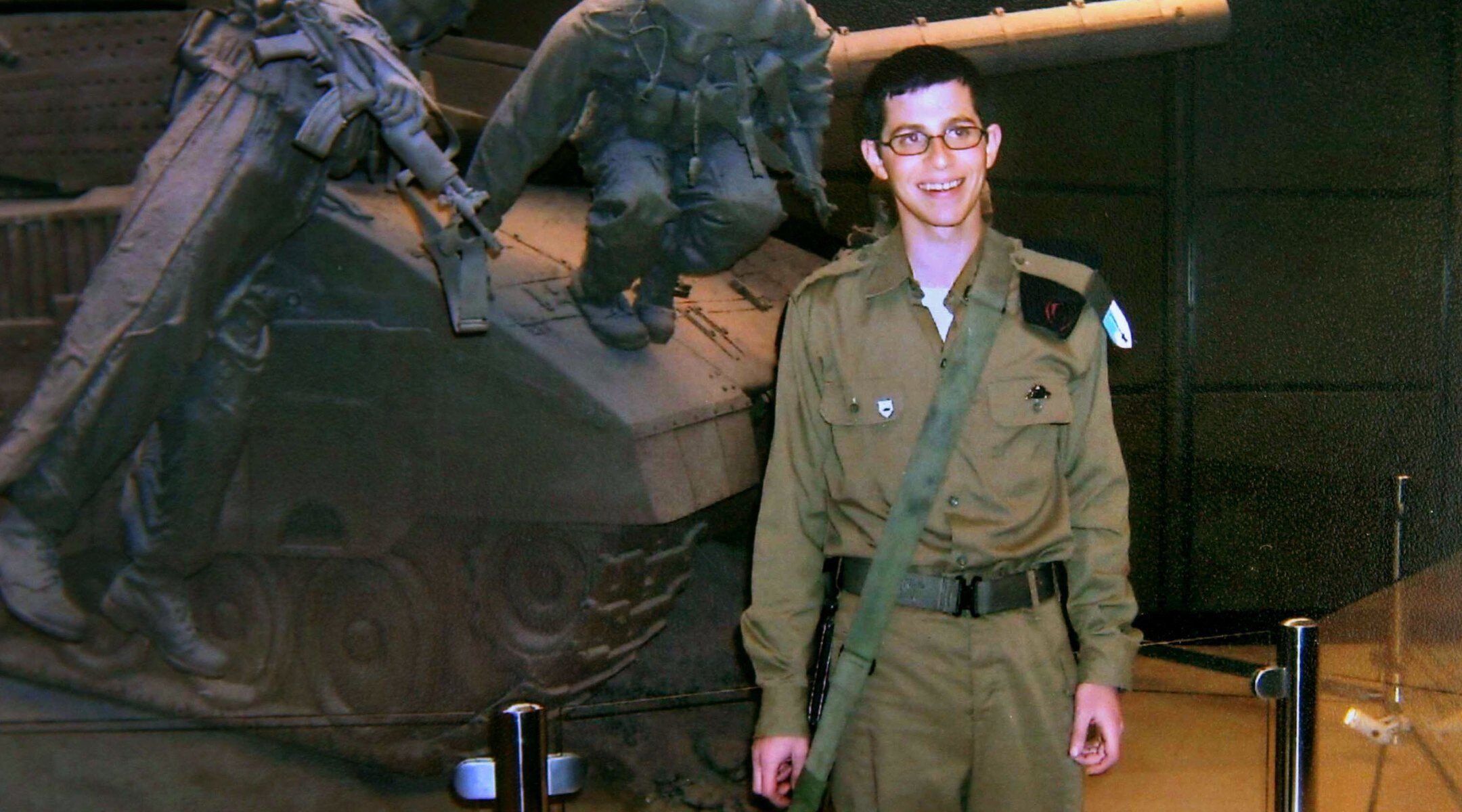 An undated photo of Gilad Shalit, who was kidnapped by Palestinian militants on June 25, 2006. (Shalit family via Getty Images)
Advertisement

Although they are not talking to each other directly, Israel and Hamas may be about to strike a deal that would include a ceasefire in Gaza and the release of the abducted Israeli soldier Cpl. Gilad Shalit.

A string of targeted assassinations in mid-December, in which over 20 Hamas and Islamic Jihad operatives were killed, dramatically changed the Israel-Gaza equation: terrorist militiamen went underground, there was an initial reduction of Kassam rocket attacks on Israeli civilians, and Hamas leader Ismail Haniye sent indirect messages to Israeli leaders calling for a mutual ceasefire.

But then Hamas added another element: renewal of serious negotiations through a third party — Egypt — for Shalit’s release as part of large prisoner exchange deal.

And as part of a deal on Shalit, Israel may be ready to go for a ceasefire too.

Defense Minister Ehud Barak is going to Egypt Wednesday for talks with President Hosni Mubarak on the whole package. His visit follows one by Damascus-based Hamas leader Khaled Mashal, presumably setting new terms for Shalit’s release. Israel responded to the Hamas moves by easing its conditions for the release of Palestinian terrorists.

But because they have been burned so often in the past, all sides are lowering expectations. There has been no breakthrough yet, they insist. Moreover, there are strong differences of opinion in Israel on a whole range of Gaza-related issues, including elements of the proposed ceasefire-Gilad Shalit package. For example: Is a ceasefire in Israel’s interest? Should Israel ease criteria for the release of Palestinian prisoners to facilitate a swap involving Shalit? Should Israel talk directly to Hamas? Should the IDF carry out a major invasion of Gaza to nip Hamas’s growing military capabilities in the bud?

Prime Minister Ehud Olmert is against a long-term ceasefire or “Hudna” with Hamas, which he believes would enable the radical group to consolidate its rule in Gaza and build up its military might. But, aides intimate, he might be ready to consider a short informal truce or “Tahdia” to create conditions for Shalit’s release. But under no circumstances will he talk to Hamas, unless it recognizes Israel and stops terror.

“Israel has no interest in talking to groups that don’t accept the (international) Quartet’s basic conditions,” he told the cabinet Sunday.

The case against engaging Hamas was put most forcefully by lawyer Dov Weissglas, a former top adviser to Ariel Sharon. Israel, he argues, shouldn’t dignify Hamas by taking its ceasefire offer seriously. “Why would we want to throw a life-line to our worst enemies?” he asks. According to Weissglas, Hamas’s aim is to suck Israeli into ceasefire talks, and as soon as that happens, the international community will “gladly follow suit.” That, says Weissglas, will signal the beginning of the end of the economic and political boycott of Gaza, and the policy for which successive Israeli governments worked so hard to put in place will collapse.

The Israeli government finds itself in a dilemma: it wants quiet for civilians in towns and villages on the outskirts of Gaza â€“ in the 7 years since 2000, terrorist militias have fired nearly 2400 rockets, nearly half them at the town of Sderot – and it wants the release of Shalit, who has now been in captivity for 18 months, but it needs to achieve all this without talking directly to Hamas. It can hardly engage Hamas and continue to demand that the international community boycott Gaza. Nor can it talk to radicals while warning Palestinian President Mahmoud Abbas that if he does, the Annapolis peace process is off.

The way round the problem seems to be through behind the scenes contacts with Hamas through third parties. Labor’s Ami Ayalon suggests that is the only way to free Shalit. Israel, he says, simply does not have enough information on the conditions of his captivity to attempt a rescue operation. Defense Minister Ehud Barak agrees.

But other Labor politicians are opposed to any dealing with Hamas and any ceasefire. Ephraim Sneh, for example, argues that Israel’s strategic aim is not to stop rockets falling on Sderot, but to topple the Hamas government in Gaza. Therefore, he maintains, it is imperative to keep up the military and economic pressure.

The army is divided over how to do that. Chief of Staff Gabi Ashkenazi favors continuing the stepped up targeted assassinations which he believes are having a major impact on both Hamas and Islamic Jihad. Southern Command, which is responsible for the Gaza area, takes a more militant line. It says the sooner the IDF is allowed to carry out a large-scale incursion into Gaza the better.

Olmert, however, is not convinced that a major IDF operation in Gaza will have the desired effect. He questions whether it will crush Hamas and Islamic Jihad’s military potential, given that the IDF failed to do so when it actually occupied Gaza. Hawkish critics say he does not want an operation with many IDF casualties that would remind the public of his perceived failure in the 2006 Lebanon war.

Hawkish arguments for meeting Hamas only on the field of battle, however, evaporate when it comes to freeing Gilad Shalit. If there is one thing hawks and doves, civilian and military, all agree, it is that everything must be done to get Shalit back.

The Shin-Bet Security Service is strongly against releasing terrorists previously considered to have blood on their hands, on the grounds that, sooner or later, they would simply swell terrorist ranks against Israel. But Cabinet Minister Rafi Eitan, leader of the Pensioners’ party and a former senior Mossad agent, favors the change â€“ precisely because of the opportunity it creates for freeing Shalit. “Hamas is in distress. We must exploit it. Itâ€™s a window of opportunity we shouldn’t miss,” he declared.