In the opening scene of the film adaptation of X-Men (2000), a young boy is in line with his family at a concentration camp. Wrenched away from them, he reaches out for his mother. SS guards hold him back.

This is the origin story of Magneto, one of comics’ most complicated supervillains. As a Holocaust survivor, he’s seen humanity at its darkest. But, while other comic book characters might use that as an opportunity to spend the rest of their lives saving people, it encouraged Magneto’s own war against the people he blames for his hardships–all of humanity, except for mutants.

X-Men, the comic book, has long portrayed its mutant superheroes as persecuted minorities, hunted by self-righteous crusaders for “genetic purity.” The storyline has been interpreted as a metaphor for all sorts of things, from ethnic cleansing to gay rights.

Magneto’s past wasn’t fully explored until 2009’s Magneto Testament, a story that takes place during the Holocaust. And in a just-released clip from the upcoming feature film X-Men: First Class, Magneto becomes a hero, albeit a dark and deeply flawed one. 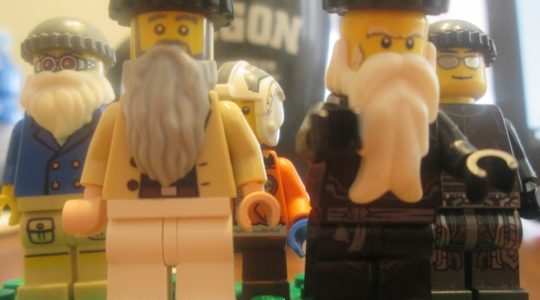