The 2009 film Inglourious Basterds is the ultimate revenge fantasy: A squad of Jewish soldiers mercilessly slaughtering Nazis during WWII. But the riveting background of one of the film’s main characters–a Jewish boy from Boston–was cut from the final film.

In the scene, which you can read in the film’s script, Donny Donowitz–nicknamed the “Bear Jew”–wanders into a toy store to buy a baseball bat. “You getting your little brother a present before you ship out?” asks the store manager. Donowitz replies with a simple “no.” We see him outside, a moment later, pantomiming bashing a Nazi’s head in.

Then, in the script, Donowitz shows up for a tea date at the home of an elderly Jewish woman. “If you have any loved ones over in Europe whose safety you fear for,” he tells her, “I’d like you to write their name on my bat.”

The next scene, which does appear in the movie, is Donowitz beating a Nazi officer to death with that same baseball bat. Reading these additional scenes, we get to know a little more about the person behind the Bear Jew–and the sensitivity behind the violence. 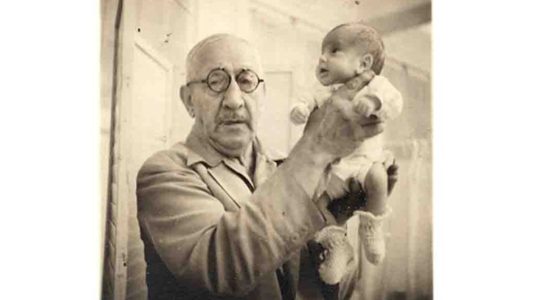