In 1938, in the aftermath of Kristallnacht, European Jews started looking for any and every escape path. When word got out that Shanghai, which was then under Japanese control, did not require a visa or passport for entry, thousands of Eastern and Western European Jews started flocking to the city’s Hongkew district, where Iraqi and Russian Jews had already been settling for a decade.

The 2002 documentary Shanghai Ghetto [trailer here] tells the stories of these Jews, who survived the Holocaust thanks to the city’s open port. More than 20,000 European Jews ended up in the Chinese city, and most arrived penniless and unprepared for the poverty and squalor that awaited them.

When America joined the war following the 1941 attack on Pearl Harbor, the Germans pressured the Japanese to do something about “the Jewish problem.” The Japanese complied, forcing the entire Jewish population into an area smaller than one square mile.

Though conditions were grim, there was no barbed wire or walls, and crucially, there were no Nazis. As the war raged on, Jewish cultural, educational, and athletic life flourished. When the war ended, nearly all the city’s Jews left for America, Israel, Australia and South America. Shanghai Ghetto offers a window into this fascinating—and short-lived—chapter in Jewish history. 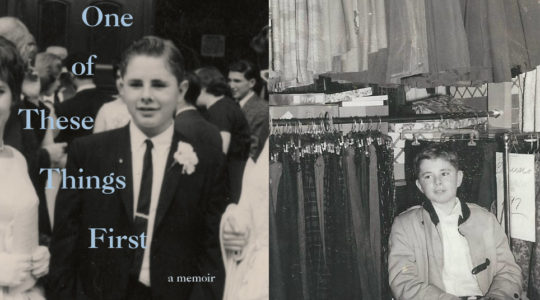