You enter a modern glass building and descend into a forest of sorts—”a space of historical imagination.” You wander those woods, modeled after those encountered by early Jewish merchants when they first came to Poland.  Later you find yourself lost on a bustling prewar street, which may lead you to a concert of contemporary, folk-infused Jewish music.

If you happen to be at the grand opening of The Museum of the History of Polish Jews this may describe your experience. Today marks the 70th anniversary of the Warsaw Ghetto Uprising, and the Polish capital has scheduled the day’s momentous ribbon-cutting in its honor.

The museum, which has been in the works for 2 decades and is located on the site of the former ghetto, tells a new story of Polish and Jewish history—not necessarily a good story and not necessarily bad, but a story that links the two histories right up through today. 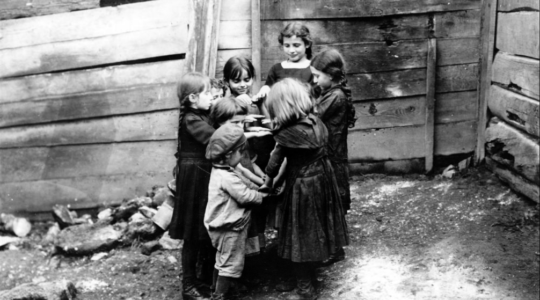