David Manheim, a 38-year-old waiter at New York’s famous Katz’s Deli, hates his job. Really hates his job. And he’s always wanted his own talk show. So on April 20th, he merged his only love with his only hate and launched The Last Jewish Waiter.

On TLJW Manheim chronicles his fascination with, and somewhat amusing contempt for, his customers, especially when they go against his best advice and order the iconic roast beef sandwich. But TLJW does more than insult roast beef. Part written commentary, part professional-quality videos, part photography, and part outside contributions (like a patron’s cartoon mocking Manheim mocking her)—TLJW immortalizes the experience of the last Jewish waiter…without discussing what happened to all of the others.

That experience sees Manheim, as he tells the camera, “abus[ing] [his] customers as often as [he] can.” He taunts one, saying, ‘You can’t always get what you want,” and goes all-out NSFW on many others. Perhaps surprisingly, his antics are generally well received.

Lamenting his job, Manheim says, “I’ll be here tomorrow, and the day after that.” We sure hope so, as we need something to smile about after looking at Katz’s sandwich prices. 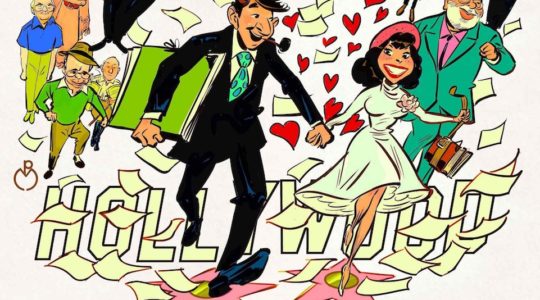