In master novelist A.B. Yehoshua’s most recent book, The Retrospective (published in Israel in 2011), Yair Moses, an aging Israeli film director, arrives in the holy city of Santiago de Compostela for a retrospective of his earliest work. A rotation of Spanish monks, film connoisseurs, and his frequent and troubled star, Ruth, accompanies him. But on his mind is the bad blood between him and his estranged screenwriter, with whom he collaborated on the honored films, and an unusual painting hanging in his hotel room.

Characteristically, Yehoshua weaves a richly symbolic tapestry of a novel with a light hand. The question raised by the retrospective—of what early attempts a late-career artist can still believe in–occasionally comes to rest on the difference between the ideologies of the youthful Jewish state and its complex realities. Other times, Moses senses that the meaning made by his earliest films has been lost, or revised, in their translation across cultures and decades.

Made restless by this nostalgic journey, Moses seeks out his screenwriter back in Israel. As a condition of reconciliation, his old partner presents him with a director’s most difficult challenge: to emerge from behind the camera, relinquish his control, and become a subject. 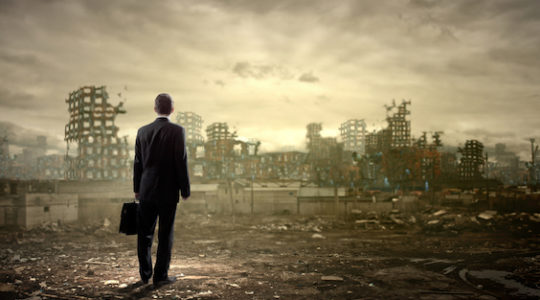