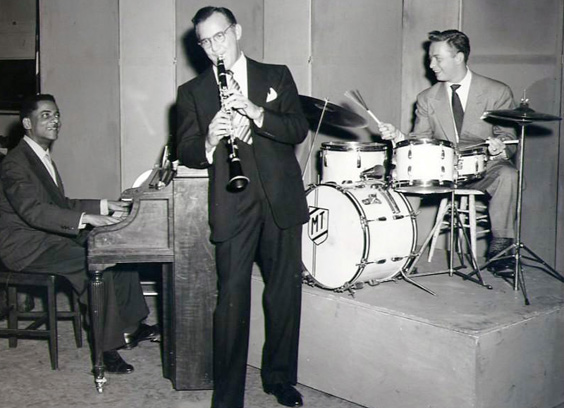 When Benny Goodman, the Jewish clarinetist and so-called “King of Swing” took center stage at Carnegie Hall on January 16, 1938, the audience was in for more than just a rollicking time.

That performance has reigned for decades as the most significant concert in jazz history. It was not only the inaugural jazz show at Carnegie Hall, but also among the first public concerts to feature a racially integrated cast. Goodman was the first leader of a swing orchestra to hire black musicians, such as pianist Teddy Wilson, and vibraphonist Lionel Hampton.

With classics like “Honeysuckle Rose,” Gershwin’s “I Got Rhythm,” and the towering, electric “Sing, Sing, Sing,” Goodman led his orchestra brilliantly, shattering barriers with his howling horns. Guest appearances from legends like Count Basie and Martha Tilton peppered the evening.

Goodman had a reputation as being difficult, a perfectionist through and through. And for seldom deviating from what was right. Referring to the great jazz pianist Teddy Wilson, Goodman was asked once why he “played with that n*****?” Goodman didn’t miss a beat. “I’ll knock you out if you use that word around me again.” Fortunately, he didn’t have to.


Listen to “Honeysuckle Rose” from the concert: