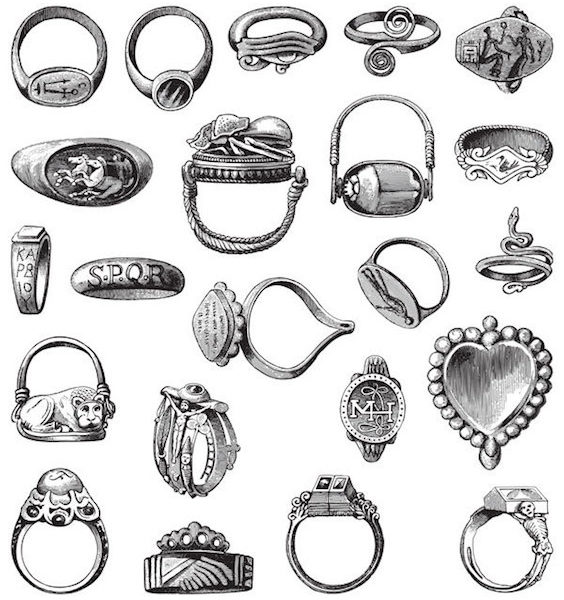 You may have recently learned that diamonds are only a girl’s best friend because De Beers made it so. Sigh — how’s a girl to have a betrothal symbol with a little more meaning? Look no further than a nearly forgotten Jewish tradition: the house ring.

Originating in Europe and dating back to the 14th century, about 400 years after rings began to be used in Jewish wedding ceremonies, the house ring is an opulent object, adorned with a miniature model of a house or temple instead of a gemstone. The house, like the chuppah, is thought to have symbolized a couple’s new home together.

Because of their ornateness, these rings were probably not used for every day (imagine getting bread dough in your ring attic — yuck), but it’s not clear when exactly during the betrothal period or ceremony they were worn. Due to European rulers’ nasty habits of collecting Jewish ritual objects after they’d expelled Jews, only a few real examples of the ring survive.

Can we get a house ring movement going, De Beers? Maybe it’s our post-recession practicality, but even on our fingers, we’d rather have a tiny house than a big rock.