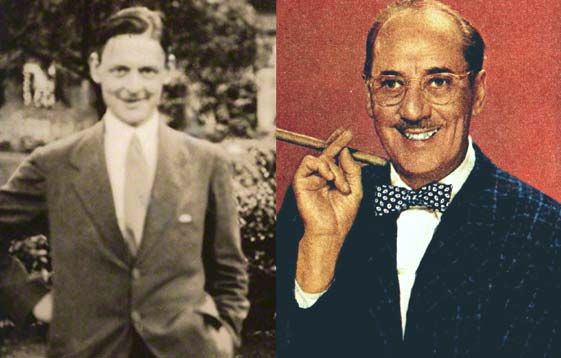 In 1961, Groucho Marx received an unlikely piece of fan mail. The poet T.S. Eliot had written to him, requesting a photograph. Marx responded, and the two began a correspondence that lasted for the next three years.

It’s not just the mingling of so-called low-brow and high-brow culture that made this relationship so bizarre—it’s that Eliot was a noted anti-Semite. One who, in a 1934 book of lectures, suggested that “The population should be homogenous…race and religion combine to make any large number of free-thinking Jews undesirable.”

Marx was undoubtedly aware of Eliot’s anti-Semitism—everyone was—but he still maintained the correspondence, sending him a photograph that Eliot claimed would hang on the wall next to “other famous friends such as W.B. Yeats and Paul Valery.”

But, as Lee Siegel, author of a The Comedy of Existence, a biography of Marx, finds, Groucho was “alarmingly provocative with Eliot,” making fun of Eliot’s name, saying, “the name Tom fits many things…All male cats are named Tom—unless they have been fixed,” and intentionally forgetting Eliot’s wife’s name, “whoever she may be.”

Why the frenemies wrote to each other for several years is anyone’s guess. Siegel, seeing “simmering tension,” described Eliot’s communiques as “a triumph of genteel passive aggression.” Par for the course for 20th-century American Jews.