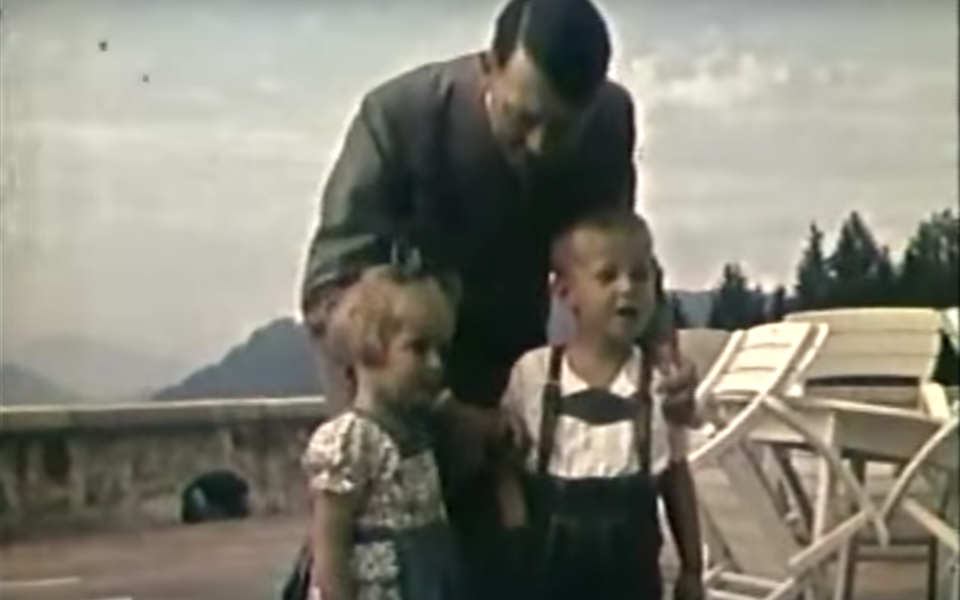 Here’s something you don’t read every day: Eva Braun made 16mm home movies of Adolf Hitler and other high-ranking SS soldiers. The films were used as propaganda, showing the Nazi officials goofing off and playing with dogs and children. They were captured by the Americans after World War II and housed at the National Archives. Now, all eight reels are missing.

Blogger Matt Novak learned the tapes were either destroyed, lost or stolen after filing a Freedom of Information Act with the National Archives. There are copies, but the originals are believed to have vanished in the 1990s. The Archives launched several attempts to locate them in its underground facility in Lenexa, Kansas but couldn’t track them down.

If stolen, one possible culprit is Leslie Waffen, the former head of the National Archives audiovisual department. Though never named as a suspect, he pleaded guilty to stealing at least 955 sound recordings over nearly four decades, and selling some of them on eBay. They included original recordings of the 1948 World Series and a rare recording of the 1937 Hindenburg disaster. A Babe Ruth audio recording from 1937 sold online for just $34.73. He was sentenced to just 18 months in prison.