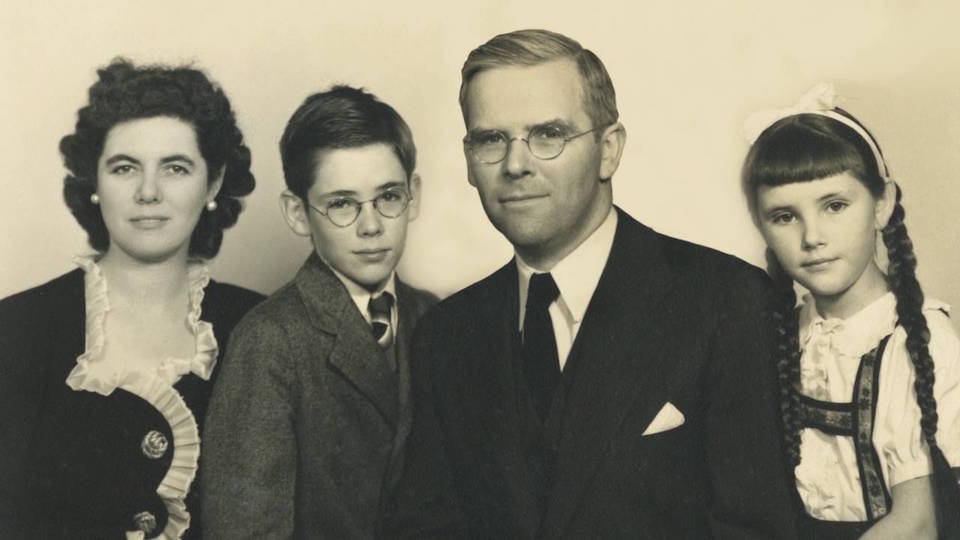 Documentarian Ken Burns, known for award-winning films like Jazz and Baseball (and bad haircuts), now turns his sights on an untold chapter of Holocaust history: the extraordinary story of Americans Waitstill and Martha Sharp, Unitarians who set out for Czechoslovakia in 1939 to smuggle out Nazi targets, including children, and mastermind complex operations.

In classic Burns style, Defying the Nazis: The Sharps’ War (co-directed by Burns and Artemis Joukowsky, a grandson of the Sharps’) is told through archival footage, interviews with those saved by the Sharps, and written recollections by the Sharps. Oh, and it’s narrated by Tom Hanks.

The Sharps’ story is riveting: in January 1939, Waitstill, a Unitarian minister, received a call from the Vice President of the American Unitarian Association asking if he and his wife would travel to Czechoslovakia to provide relief for Jewish refugees. They said goodbye to their two children and spent the next two years putting themselves on the line to smuggle out Nazi targets, including children, and mastermind complex operations to save, in all, hundreds of lives.

Here’s Waitstill in a nutshell: “I’m not a saint. I’m just as capable of the sins of human nature as anyone else. But I believe that the will of God is to be interpreted by the liberty of the human spirit.”