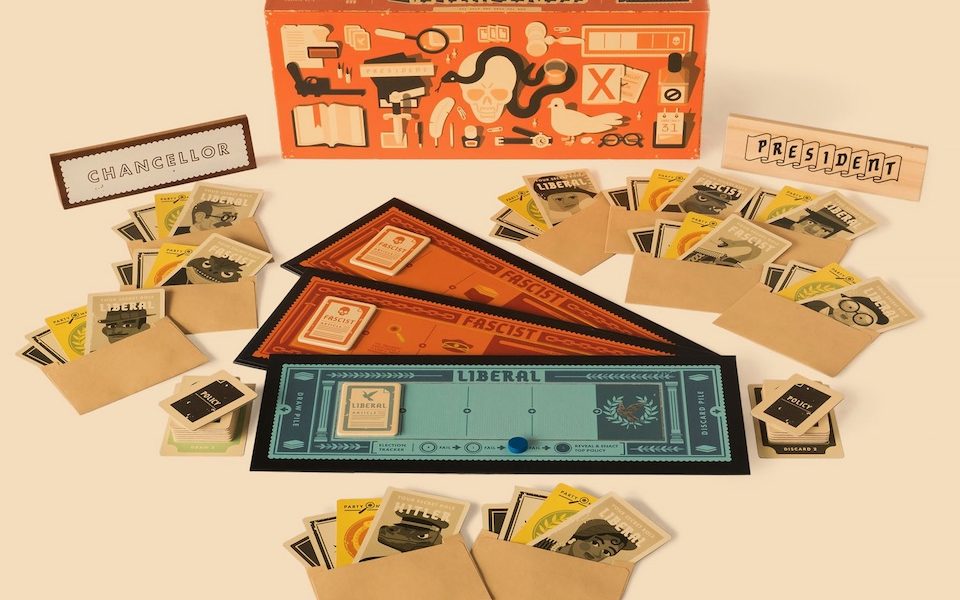 Max Temkin, co-creator of Cards Against Humanity—the obsessively irreverent card game that involves coming up with the obscenest notions imaginable and guessing which of your horrible friends invented them—made a new game about Hitler, and he’s been giving it away for free to those who need it most. Namely: U.S. senators. All the U.S. senators.

Secret Hitler, which “models the rise of fascism in a democracy,” is a social deduction game set in 1933 Germany. The idea is simple—sort of: most players are liberals, some are fascists—no one knows who’s who. It’s up to the liberals to unite in order to oust the fascists before they can elect their leader and win the game.

After successfully funding the game via Kickstarter, Temkin and his partners sent one free copy to all 100 senators, attaching a note that read, “We thought you and your staff might [find] our game relevant as you negotiate the balance of power with the Trump White House.”

Temkin, who is Jewish, is clearly a socially-conscious fellow—and his work with Cards Against Humanity betrays a penchant for using spectacle to make a point. Secret Hitler isn’t such a surprise given that last year Cards Against Humanity raised $100,000 in order to celebrate the capitalist lovefest of Black Friday by digging a giant hole representing–what else?–the hole “in America. In our hearts.”