What if the Star of David Could Speak? 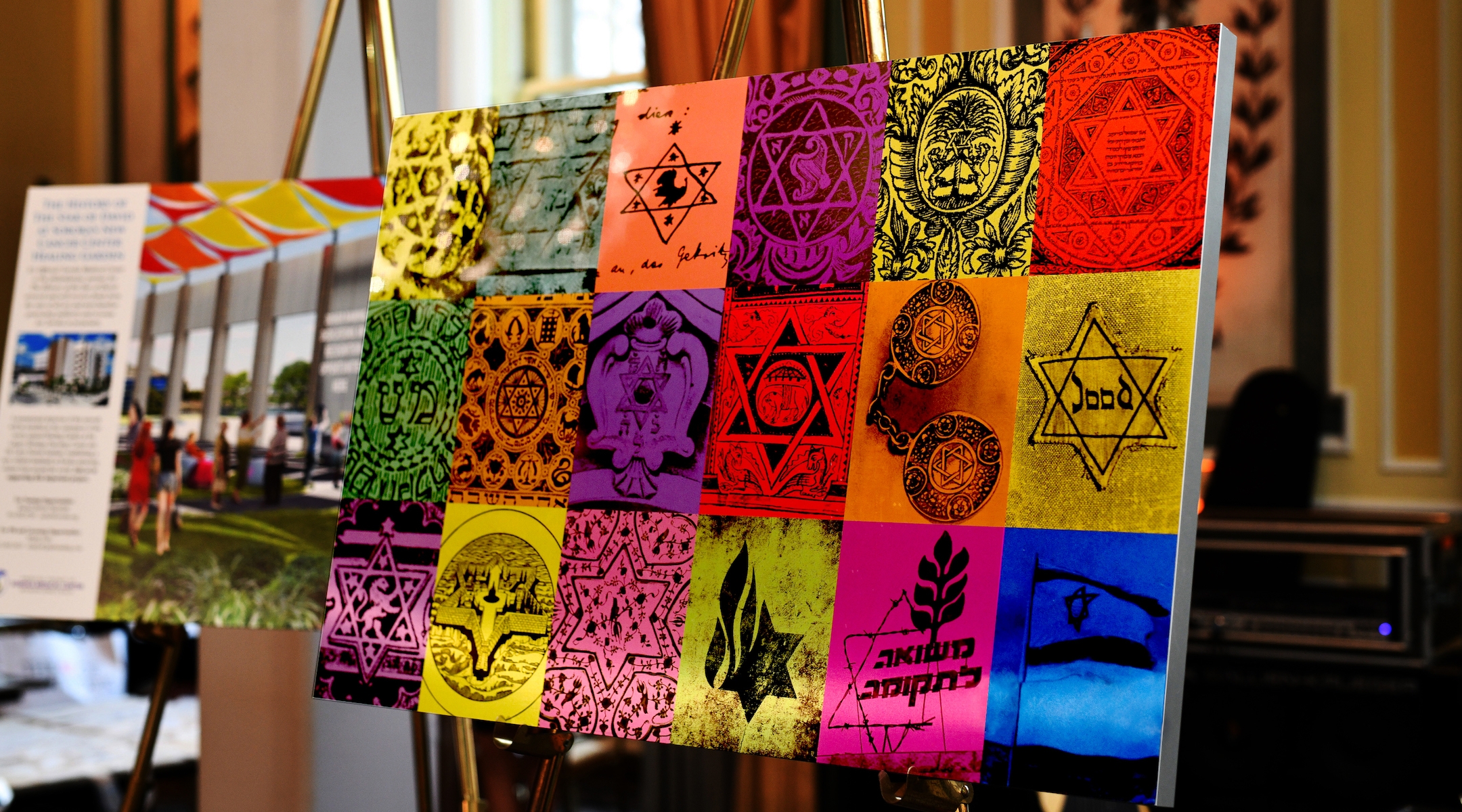 A signed, limited-edition metal print of The History of the Star of David (Paul Bruinooge / Patrick McMullan Company)
Advertisement

Learn more about The History of the Star of David and to purchase visit: StarofDavidArt.com.

More from The History of the Star of David Art

Jewish identity has been the subject of many artists’ work. Chagall used color and light to illuminate the journey of the Jewish people. Nevelson’s sculpture paid tribute to the six million Holocaust victims. Today, artist Marc Bennett continues this tradition by asking the question, “What if the Star of David could speak?”

Bennett created The History of the Star of David artwork to serve as a time capsule that invites us to discover the centuries-long evolution of Judaism’s iconic star, which bore witness to the depths and heights of Jewish culture throughout history. “The History of the Star of David speaks volumes for the Jewish nation. Bennett, has created a profound and colorful artistic vehicle to educate children, as well as adults, about Jewish history, culture and identity,” remarks Nurit Greenger, executive director, Western Civilization Heritage, Israel Program Center. 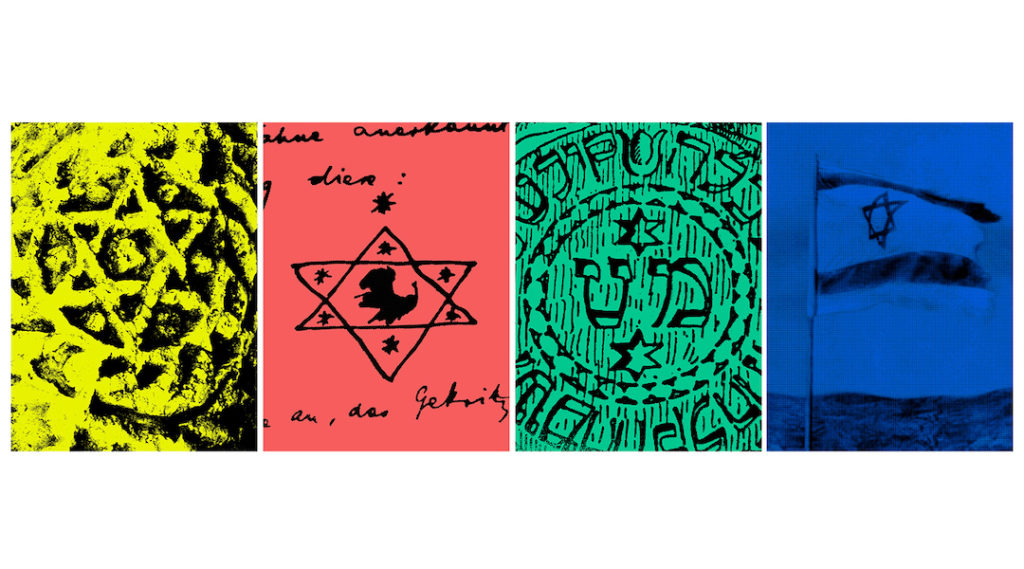 Bennett’s collage traces the evolution of the Star of David, from its first known use through its most recent appearance on the flag of the State of Israel. The History of the Star of David artwork features 18 Star of David images meticulously selected for their historical significance and story-telling. One of the earliest known uses of the Star of David is a decorative stone carving from the synagogue in Capernaum, found near the Sea of Galilee in Israel. It is among the oldest synagogues in the world. The third star pictured in Bennett’s work highlights Theodor Herzl’s role in the formation of the Jewish nation. He is considered to have been the father of modern political Zionism and promoted Jewish migration to Israel.

The seventh star pictured in the collage marks one of the darkest chapters in Jewish history. This image shows a chuppa stone (wedding stone) from a synagogue built in 1726 in Altenkunstadt, Germany. For more than 200 years this synagogue was the cultural center of the Jewish municipality until “Kristallnacht” (Night of Broken Glass, November 1938) when a series of coordinated attacks, carried out by the Nazi party left Jewish homes, schools, and businesses in ruins. In 1988, the community replaced the stone with the hope of keeping the memory of Jewish culture alive. The last image shows the Israeli flag flying proudly during the Six-Day War in 1967. Here we see the same star that was once used as a sign of exclusion, humiliation and murder reborn as a symbol of national unity and Jewish pride.

Bennett originally created The History of the Star of David artwork as a gift donated in conjunction with congregants Judi and Alan Altman to Rabbi Mendel Mintz to mark the opening of The Aspen Jewish Community Center. As the artwork was installed several members of the JCC became intrigued and began asking about it. Rabbi Mintz realized, that Bennett’s art could be used as a teaching tool. This led to the artist conducting talks, which captivated both children and adults by illuminating their shared history. “The History of the Star of David brings to life our rich history, triumphs, and struggles, as well as our promising and vibrant future. It evokes a sense of survival and determination, as well as a celebration of Jewish culture, tradition and faith,” recalls Rabbi Mintz. Since then, Bennett’s artwork has created something of a movement. A number of prestigious institutions have acquired pieces from Bennett’s series including: Yad Vashem, the Los Angeles Museum of the Holocaust, Sinai Temple Los Angeles, the Aspen Jewish Community Center, the Jona Goldrich Center for Digital Storytelling at USC Shoah Foundation – The Institute for Visual History and Education, Soroka Medical Center, and others.

In the spirit of tzedakah (charitable giving) Marc Bennett has joined forces with Soroka Medical Center. Located in Be’er Sheva, Soroka provides state-of-the-art medical care for the Negev’s 1.2 million residents living in Israel’s most diverse region. The hospital treats people from all walks of life regardless of income, race, religion, or politics. Through this collaboration, 10 percent of all History of the Star of David art sales worldwide will be donated to Soroka in perpetuity. Limited edition prints signed by the artist make an unforgettable gift for weddings, anniversaries, High Holy Days, and Hanukkah. Bennett’s beautifully finished metal and paper prints are available in various sizes perfect for the home, office, or institution and are available for purchase at www.StarofDavidArt.com. 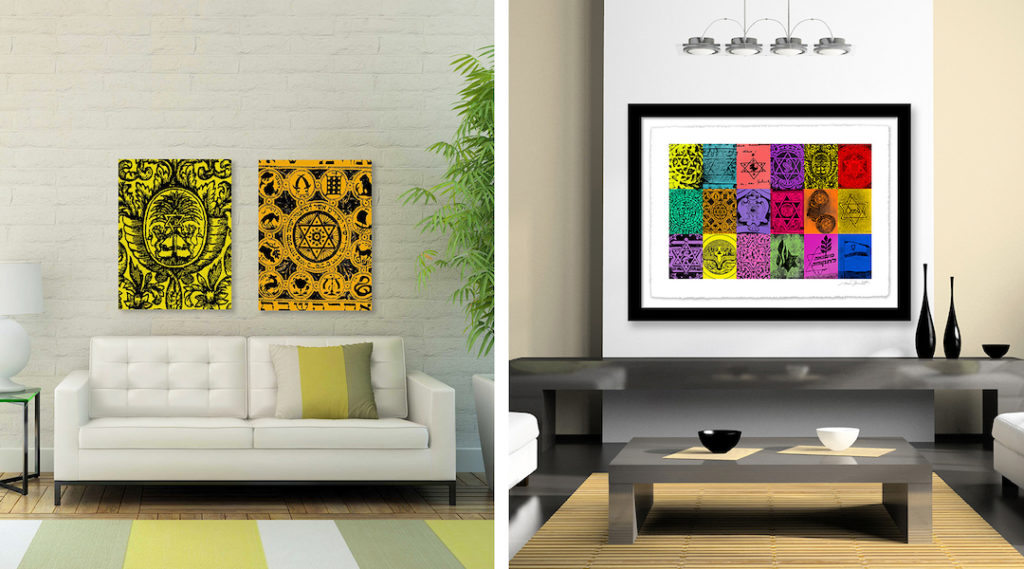 Above left: paper print of The History of the Star of David artwork. On the right: metal prints featuring individual stars, which compliment any décor.

Marc Bennett is an artist and filmmaker born in Brooklyn, NY, now residing in Aspen, CO. Bennett’s artwork has been used in campaigns to fundraise and elevate awareness for numerous organizations such as, the Simon Wiesenthal Center, and the Museum of Tolerance. Bennett is committed to using art and film as visual languages that entertain, educate, enlighten, and inspire positive change worldwide.

Learn more about The History of the Star of David and to purchase visit: StarofDavidArt.com.