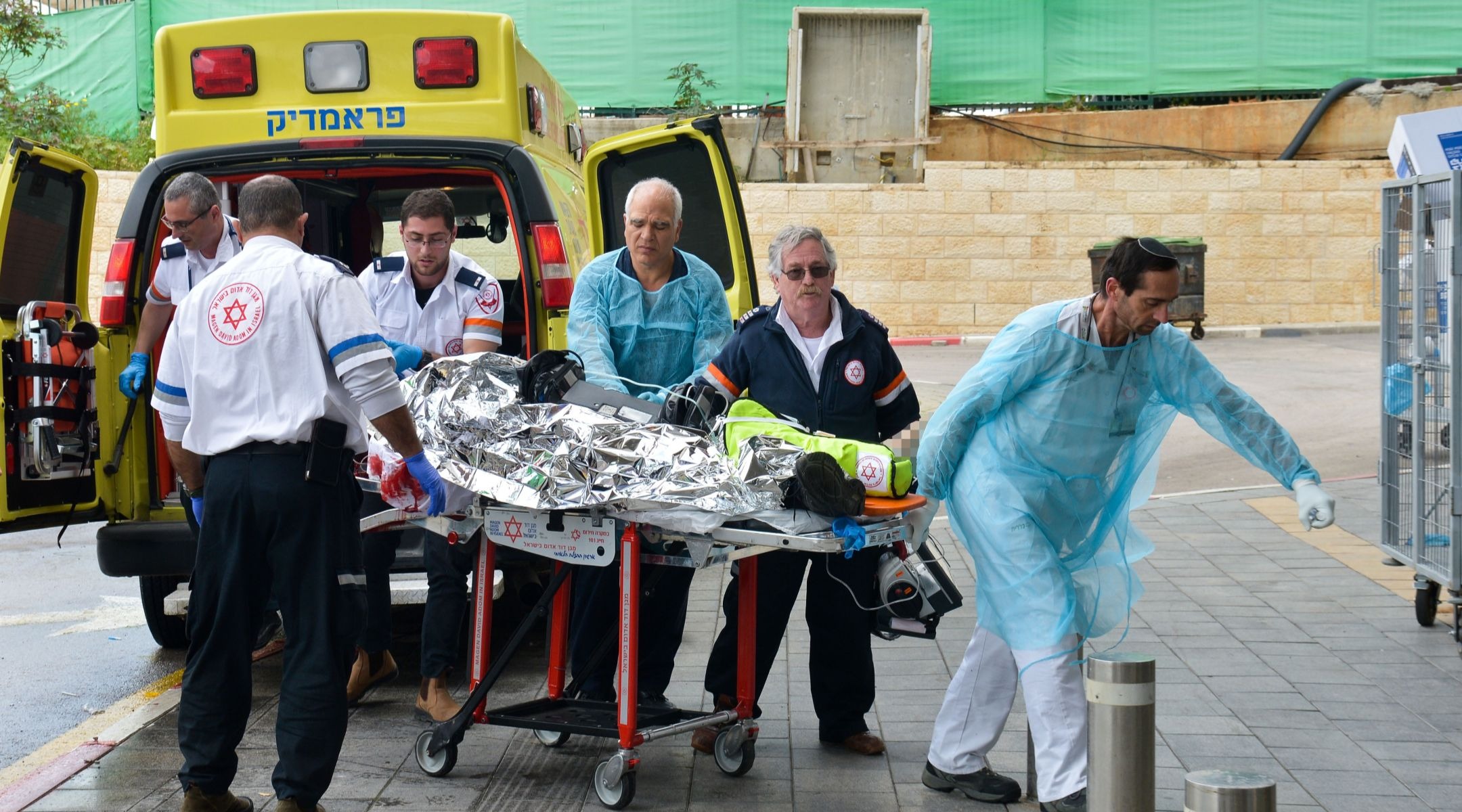 A wounded Israeli man is evauated to Beilinson hospital in Petah Tikva, after a terror attack at the entrance to the northern West Bank settlement of Ariel.(Flash90)
Advertisement

JERUSALEM (JTA) — One Israeli was killed and at least two others seriously injured in a stabbing and shooting attack at a traffic junction in the northern West Bank.

The attacker, believed by the Israel Defense Forces to be a Palestinian man, first stabbed an Israeli soldier near the Ariel Junction on Sunday morning. The attacker stole the soldier’s gun and fired at passing cars. He then stole a car that stopped due to the shooting and drove it to the nearby Gitai Junction, where he shot at soldiers waiting in a bus stop.

The shooter then drove the car to a nearby Palestinians village, exited the car near the entrance and escaped into the village. Israeli special forces troops and security officers are in search of the shooter or shooters. The search is being coordinated with the Shin Bet security service and the Israel Police, according to the IDF.

The killed Israeli was identified on Sunday afternoon as IDF Lt. Gal Keidan, 19, of Beersheba. One of the injured Israelis has been identified as Rabbi Achiad Ettinger, 47, a father of 12 from the West Bank settlement of Eli, according to reports.

“We are in pursuit of the terrorists at two points in the Ariel area. I offer my support to the soldiers of the IDF, the ISA and the security forces who are pursuing the terrorists. I am certain that they will apprehend them and we will deal with them to the fullest extent of the law as we have done in all of the recent incidents,” Israeli Prime Minister Benjamin Netanyahu said at the start of the weekly Cabinet meeting.

Condolences to his family on the terrible loss of @IDF First Sergeant Gal Keidan ז"ל
We will continue to fight terrorism. We will continue to build our lives without fear, from a deep commitment to the State of #Israel and the safety of its citizens.
May his memory be a blessing pic.twitter.com/kHBndCRJIV