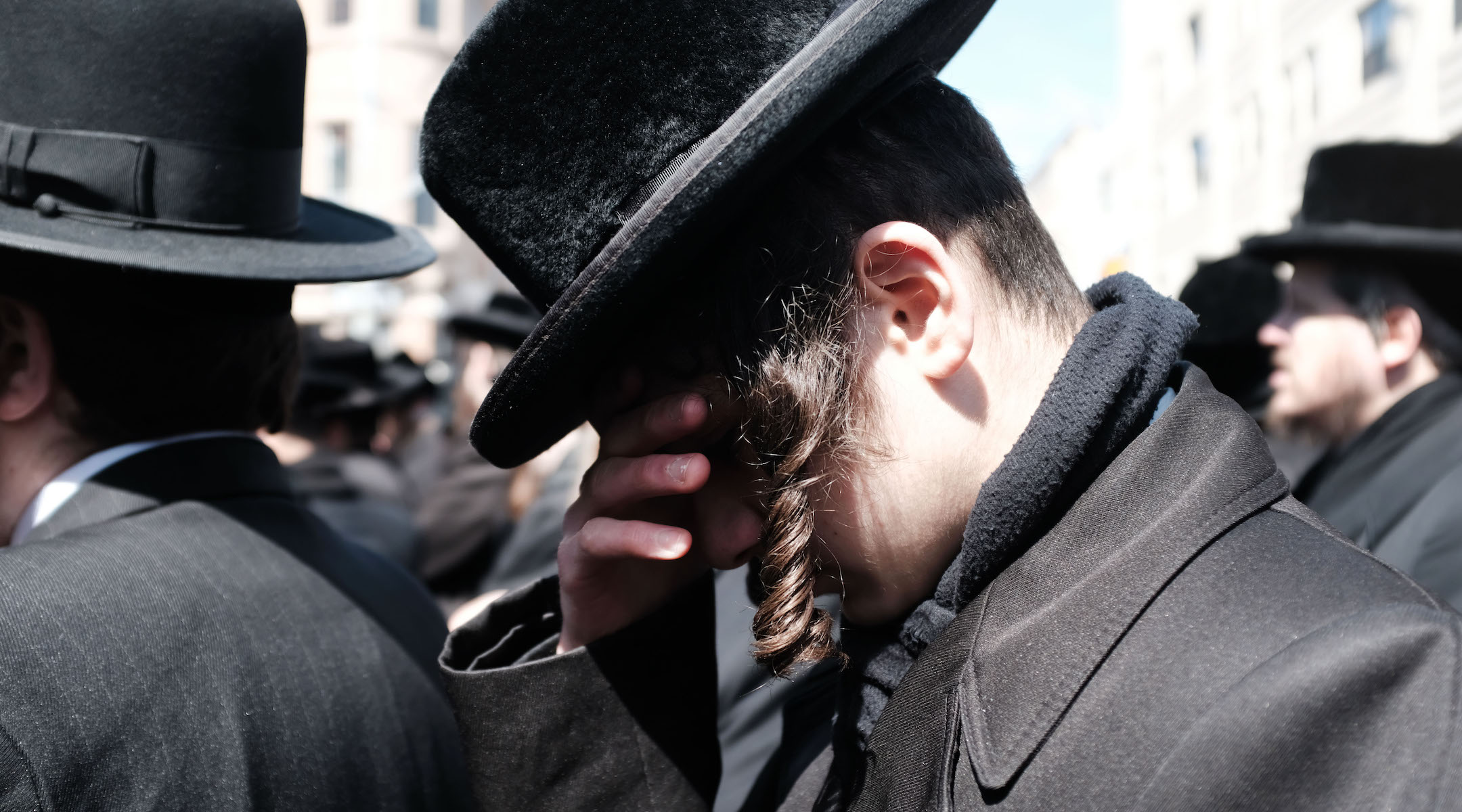 A Hasidic Jew at a funeral in the Brooklyn neighborhood of Borough Park in 2019. (Spencer Platt/Getty Images)
Advertisement

(JTA) — At least 100 people have tested positive for the new coronavirus in Borough Park, a Hasidic neighborhood in Brooklyn.

The Jewish Telegraphic Agency confirmed the number with an official at Asisa, an urgent care clinic in the New York City neighborhood that caters to the Hasidic community.

According to the official, who asked to remain anonymous because of restrictions on speaking to the media, the 100 positive tests have come since the clinic began testing on Friday morning. Asisa has conducted 1,000 total tests, the official said.

As of Tuesday, there are 814 total coronavirus cases in New York City, according to its Department of Health.