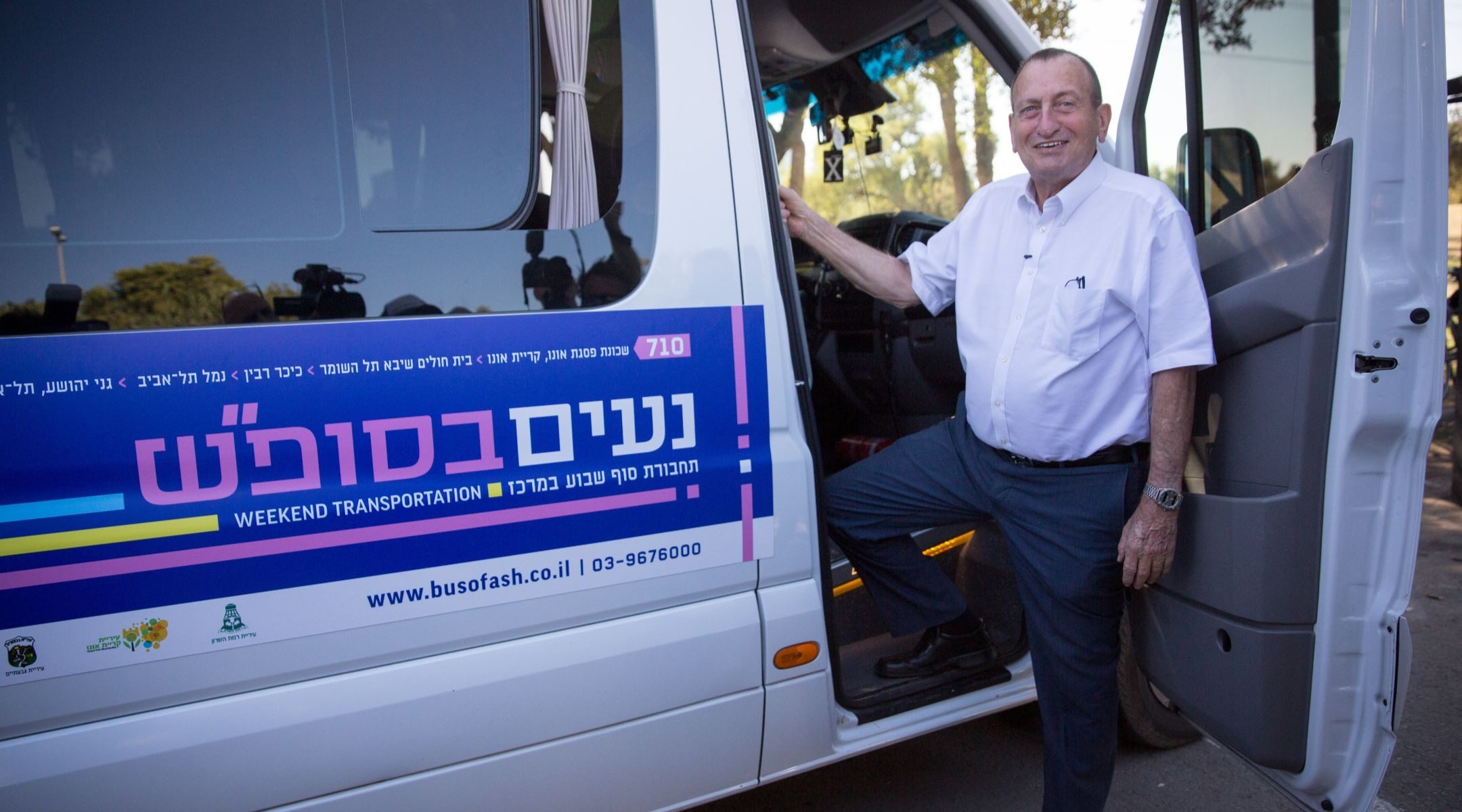 JERUSALEM (JTA) — The new Shabbat bus service in Tel Aviv was such a hit that some passengers were left waiting at the station.

More than 10,000 passengers used the public transportation service, an initiative called “We move on weekends.”

There are six routes — most circumvent religious neighborhoods — with minibuses scheduled to come every half hour. The service includes transportation to surrounding communities including Ramat Hasharon, Givatayim and Kiryat Ono.

Three hours after the service was launched on Friday evening, Tel Aviv announced that it would add more vehicles after passengers were left waiting due to large demand, the Israeli business website Calcalist reported.

The city of Tel Aviv will pick up $2.6 million of the $3.6 million operating costs for the first year, i24 reported.

In Israel, buses and trains do not generally run in Jewish-majority cities on Friday night and Saturday before sundown. The practice was born of an agreement reached between the haredi Orthodox community and David Ben-Gurion, the nation’s first prime minister, before the formation of the state.