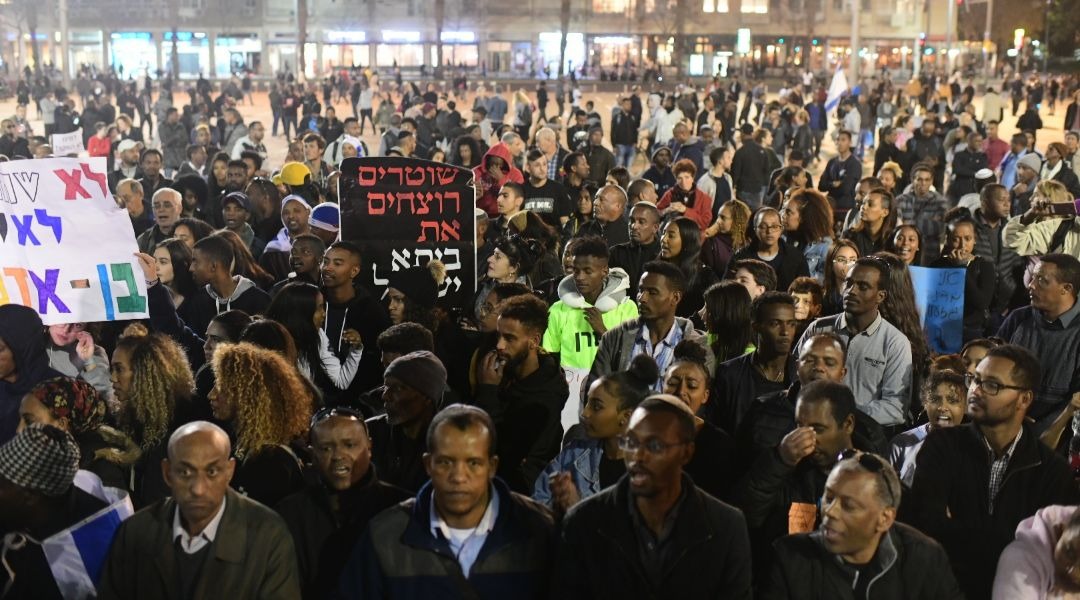 JERUSALEM (JTA) — Six officers were hurt and 11 protesters were arrested as dozens of young Ethiopian Israelis clashed with police at the end of a protest against alleged racist police brutality.

The youths threw rocks and glass bottles at police and set fire to garbage cans following the Wednesday afternoon and evening protest in Tel Aviv.

Police moved in to halt the rioting, leading to additional accusations of police violence.

The Israel Police said in a statement that it “allowed the protesters to express their freedom of speech and their right to protest, while using great restraint, despite blatant provocations done by some participants. Unfortunately, when the demonstration ended, a handful of protesters chose a way of violence, attacking and wounding six police officers, vandalizing property and disrupting the public order by throwing stones, bottles and other objects.”

On Thursday, a Tel Aviv court ordered the release of the 11 Ethiopian-Israeli protesters, saying they had no criminal records.

The protest started with hundreds of demonstrators blocking major intersections in Tel Aviv and ended with several thousand protesters at Rabin Square. The demonstration came more than a week after a 24-year-old Ethiopian-Israeli, Yehuda Biadga, was killed as he ran at a police officer with a knife. Biadga is described as mentally ill.

The officer, who has been put on leave pending an investigation, said he feared for his life, but the protesters charge that he fired because Biadga was black.

Ethiopian-Israeli community leaders say it is the latest incident of many involving police brutality, and that there is a pattern of racism and abuse by police toward Ethiopian Israelis.