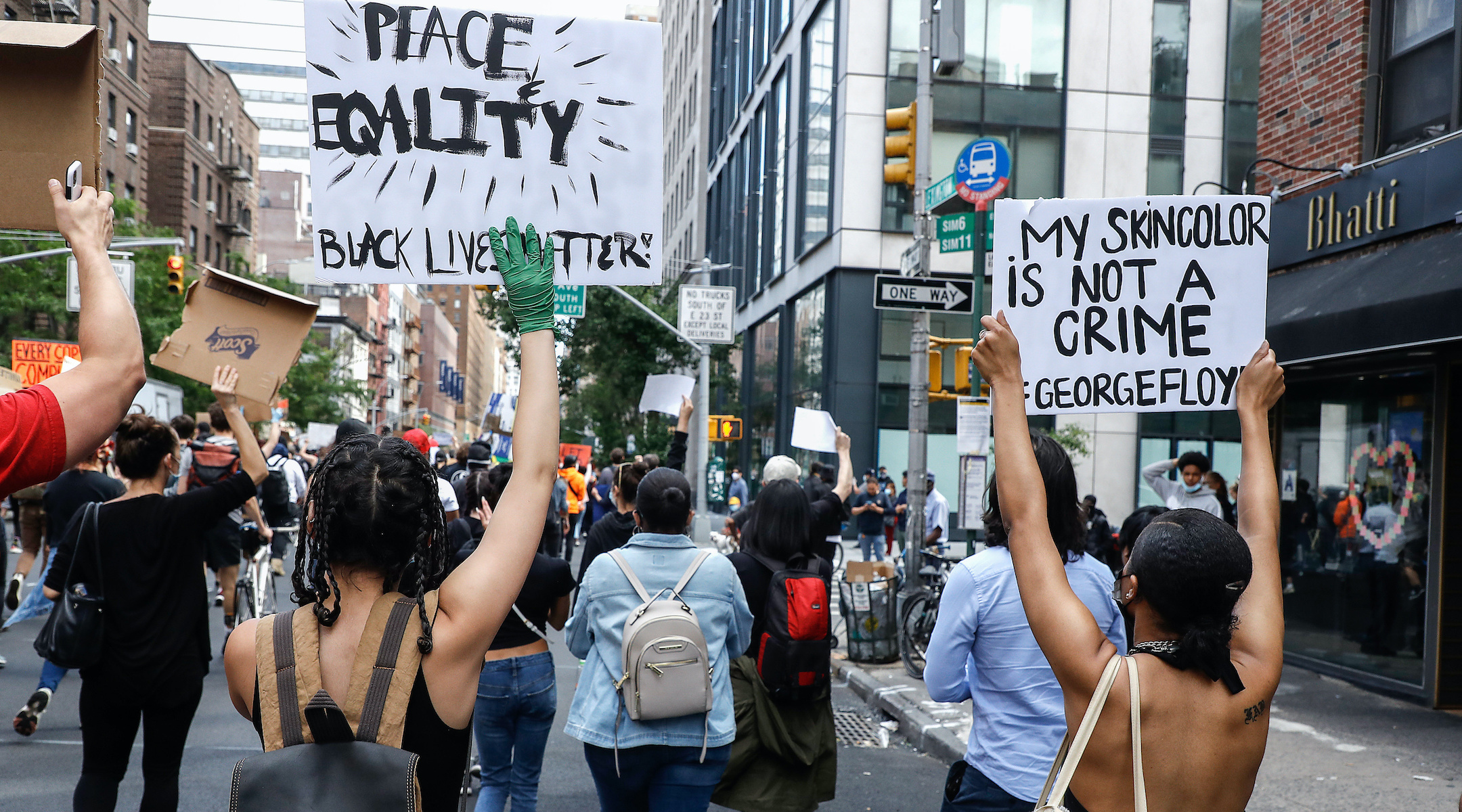 Protesters march in New York in response to the death of George Floyd. (John Lamparski/SOPA Images/LightRocket via Getty Images)
Advertisement

(JTA) — Dozens of American Jewish groups have pledged to work to end systemic racism in the aftermath of the George Floyd killing in Minneapolis.

In a statement Tuesday, 130 organizations said they were “outraged” by the killing of Floyd, a black man who died in police custody last week. His death and those of other African-Americans at the hands of law enforcement have led to protests around the world.

“We stand in solidarity with the black community that has for far too long been targeted by police and have suffered rampant racism and unfair and uneven applications of the law,” the statement reads.

The letter urges government and law enforcement to investigate the officers involved and “to institute sweeping reforms in law enforcement and the criminal justice system.”

“We pledge to join forces with the black community and other Americans to see through these changes to law enforcement, end systemic racism, and work for a more just American society,” it says.

Jewish groups across the denominational spectrum have condemned Floyd’s death.