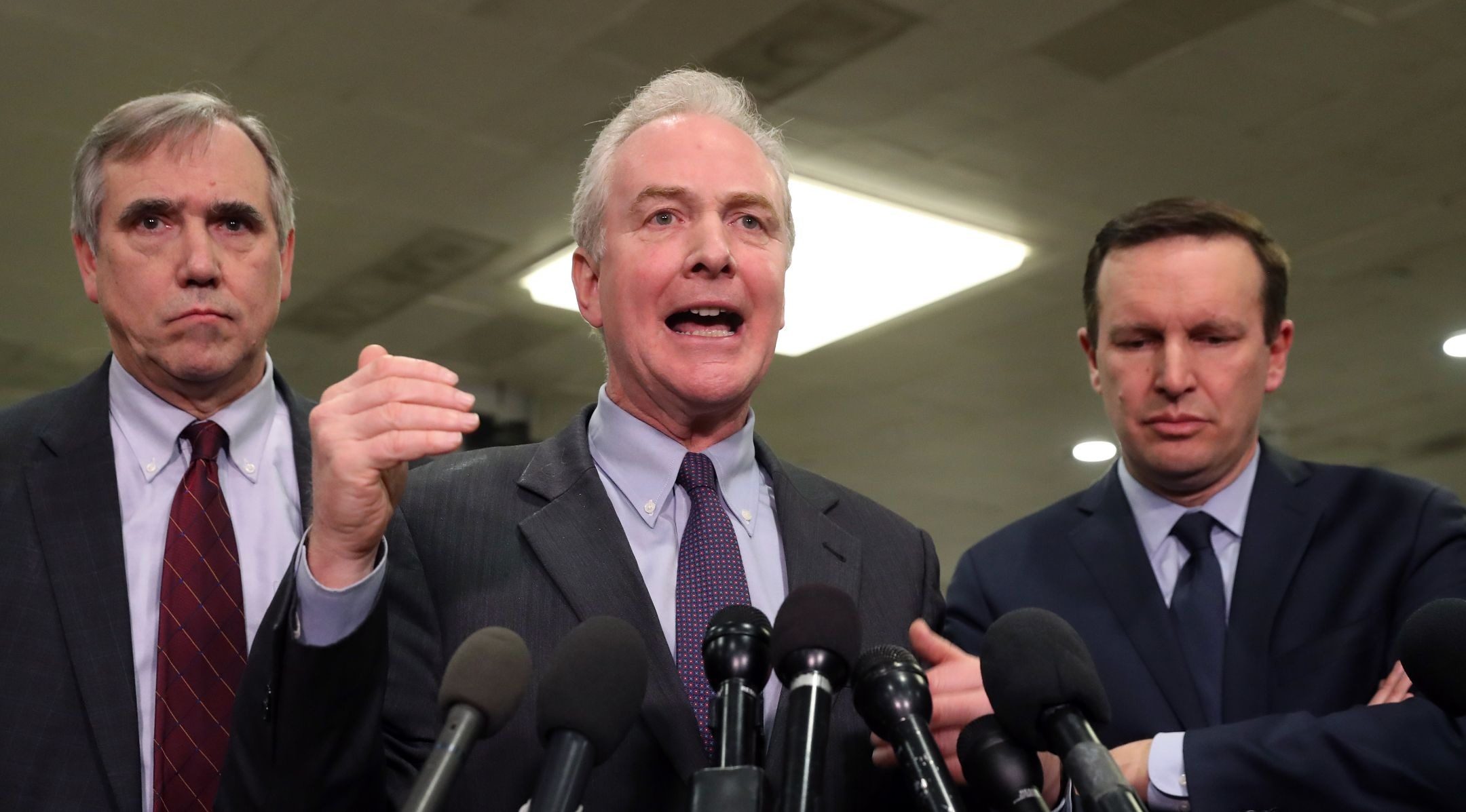 WASHINGTON (JTA) — Eighteen Senate Democrats warned Israel that moving ahead with annexing parts of the West Bank would “fray” bonds with the United States.

“We write to express our grave concern with provisions in the recently concluded government agreement to consider unilateral annexation of Palestinian territory as early as this July,” the letter said. “As friends and supporters of Israel, we caution you against taking unilateral steps that would fray our unique bonds, imperil Israel’s future and place out of reach the prospect of a lasting peace.”

Two of the signatories, Brian Schatz of Hawaii and Bernie Sanders of Vermont, are Jewish.

Netanyahu has said he would like to launch annexation of some parts of the West Bank by July 1. He has since tamped down those expectations by saying he will abide by the peace plan released in January by President Donald Trump, which requires Palestinian agreement to a deal as long as the Palestinians join the talks within four years. The Palestinians have shown no inclination to do so.

The letter was toned down from an earlier version, according to Jewish Insider, because senators were reluctant to sign on to tough language, including that the signatories “would sadly conclude that Israel no longer values the bipartisan support that Congress has provided it for decades.” Even so, it accumulated fewer than half of the Democratic caucus.

Sen. Dianne Feinstein of California, who is Jewish, sent a separate letter this week cautioning Israel that annexation would harm its security, but did not warn of any fraying of ties with the United States.