2 Jewish professors win Abel Prize, the equivalent of a Nobel Prize in mathematics 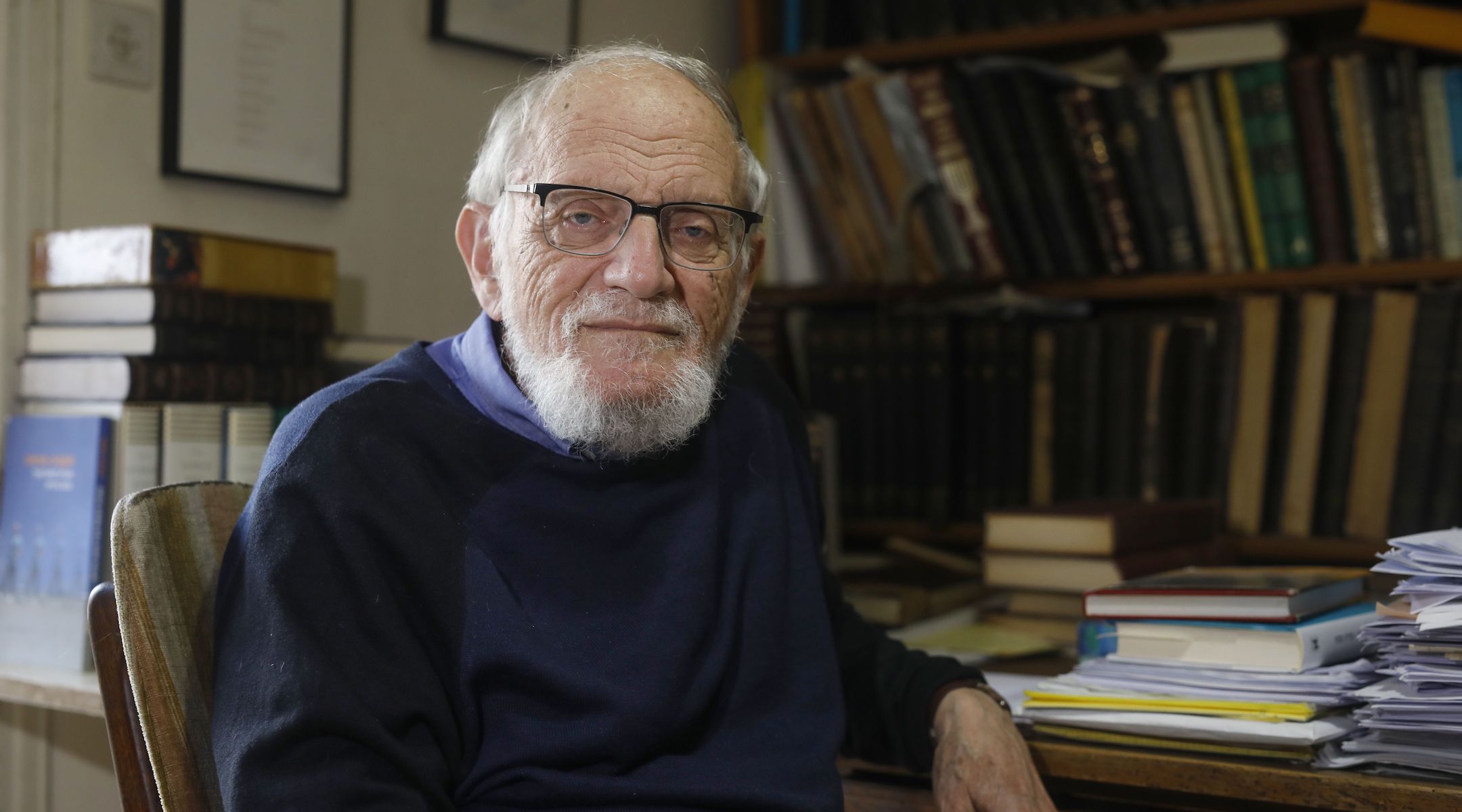 Israeli-American Hillel Furstenberg, who was awarded the Abel Prize for mathematics with the Russian-born Gregory Margulis, poses for a picture at his house in Jerusalem, March 18, 2020. (Menahem Kahana/AFP via Getty Images)
Advertisement

(JTA) — Two retired Jewish professors, including a Yeshiva University graduate who taught in Jerusalem for nearly four decades, have won the Abel Prize for mathematics, the equivalent of a Nobel.

Hillel Furstenberg, 84, and Gregory Margulis, 74, were notified Monday of their award. They will split the monetary award of about $700,000.

There is no Nobel for mathematics. The Abel has been given out annually by the Norwegian Academy of Science and Letters since 2003 to honor important advances in mathematics. Furstenberg and Margulis were recognized for their trailblazing work in probability and dynamics.

Furstenberg, a Berlin native, left Germany with his family for the United States just prior to World War II, The New York Times reported. He was an undergraduate at Yeshiva University and earned a doctorate at Princeton. Later he moved to Israel and joined the faculty of the Hebrew University of Jerusalem in 1965, where he worked until his retirement in 2003.

Margulis, a Moscow native, received a doctorate from Moscow State University in 1970 and won the prestigious Fields Medal for mathematics achievement eight years later at 32. He was not allowed to leave the country because he is Jewish, but could travel to other universities beginning in the 1980s and eventually took a position at Yale in 1991.

The ceremony, scheduled for May 19 in Oslo, Norway, has been postponed due to the coronavirus pandemic.

The award was named after Niels Henrik Abel, a Norwegian mathematician.