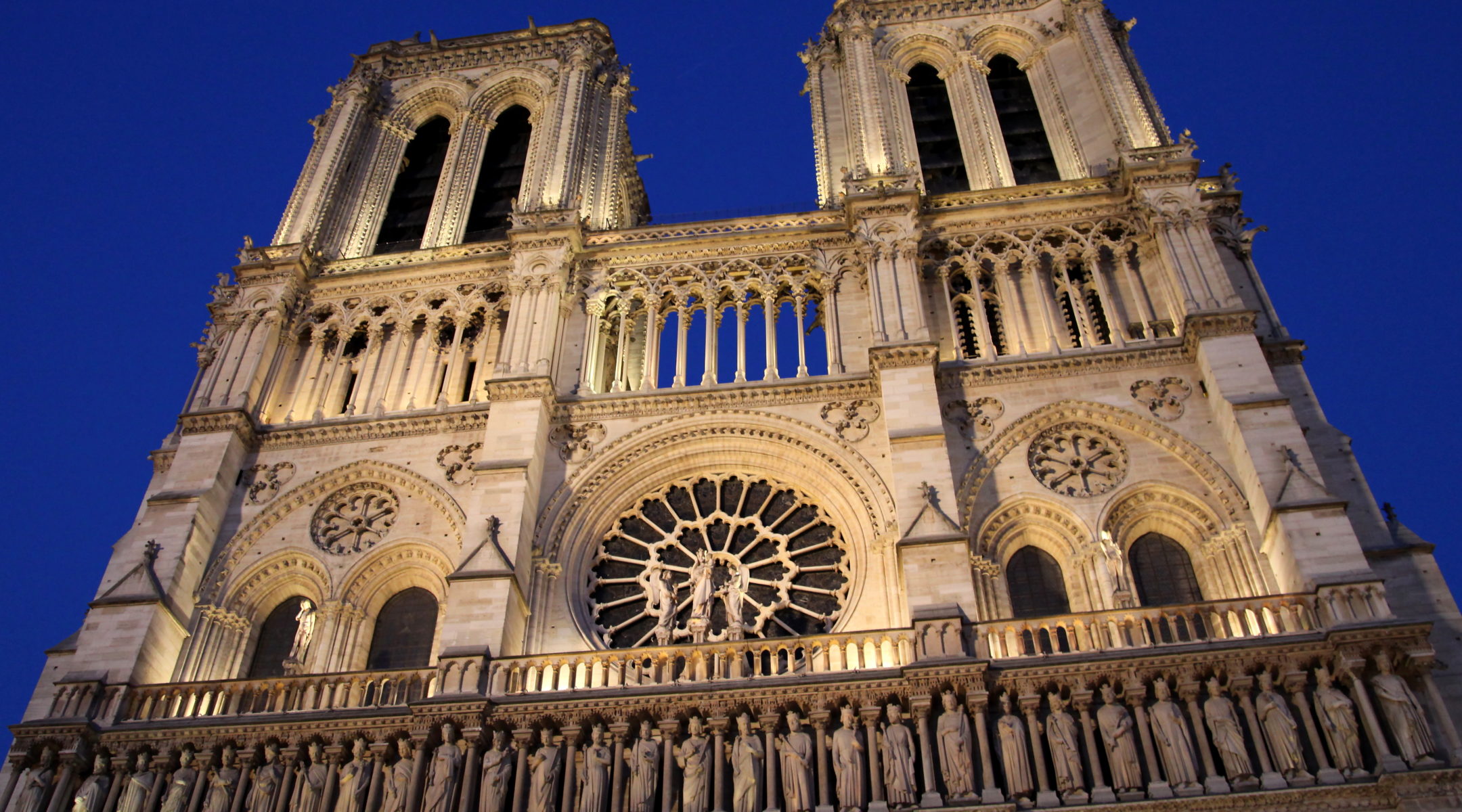 (JTA) — Two Jewish billionaires have pledged a total of $122 million toward the restoration of Paris’ Notre Dame cathedral, which was ravaged in a fire.

Lily Safra, a Brazilian philanthropist, said she would give $22 million to fund the restoration efforts of the iconic church, which was badly damaged Monday, Correio 24 Horas reported. And Françoise Bettencourt Meyers, the French owner of L’Oreal, pledged another $100 million, according to CBS.

The donations account for about 17 percent of the $700 million collected so far for the restoration.

Her father, Andre Bettencourt, wrote numerous articles for two pro-Nazi publications during World War II, one of which was financed by the Nazi government in Germany. Bettencourt Meyers married Jean-Pierre Meyers, a French Jewish businessman descended from a family of rabbis, and converted to Judaism.

Bettencourt Meyers has led and donated to interfaith initiatives connecting Christians and Jews.

“Whether Catholic or not, Notre Dame Cathedral is an integral part of our shared legacy and soul. It represents centuries of French and European faith, culture, history and imagination,” AJC CEO David Harris said in a statement.

“We share the pain of the French people and Catholics worldwide in watching this landmark house of worship burn,” he added. AJC maintains an office in Paris.