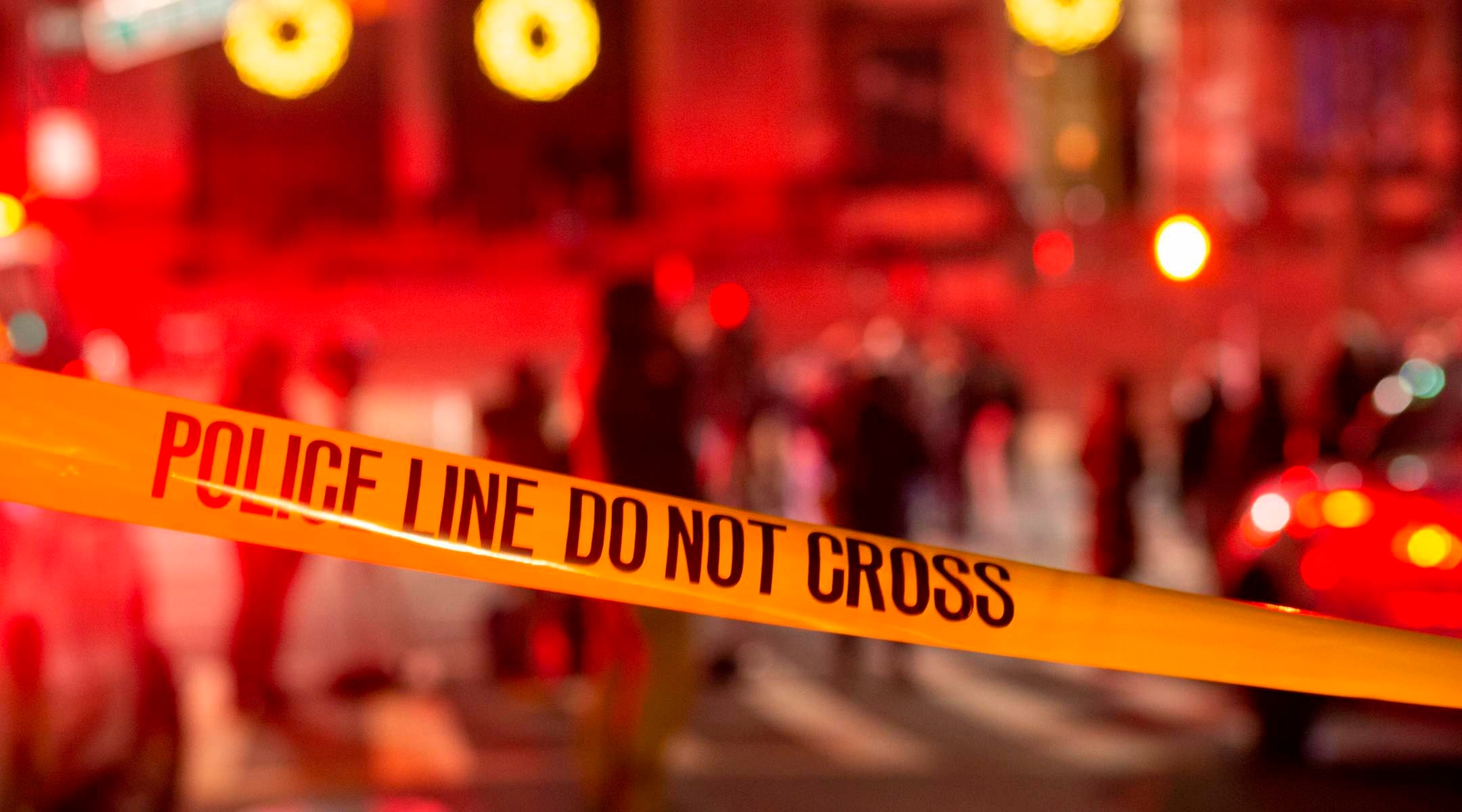 (JTA) — Two men spray-painted a swastika on a Brooklyn yeshiva last weekend in an apparent hate crime, authorities said Saturday as they released surveillance video of the incident.

The anti-Semitic image, along with the men’s tags, or graffiti signatures, were found on the side of Mesilas Bias Yaakov in the South Slope neighborhood last Sunday.

The New York Daily News reported that the NYPD Hate Crimes Task Force is investigating the crime, but that so far there have been no arrests.

“To the Mesilas Bias Yaakov community: your city stands with you. We denounce this vile act of anti-Semitism with one voice,” he tweeted Saturday.

De Blasio’s long and relatively close relationship with the city’s Orthodox Jewish community took a hit during the early days of the pandemic, after he drew widespread criticism for calling out haredi Jews as a main culprit in the virus’ spread.

RELATED: New York Jews were ready to unite against anti-Semitism after 2 deadly attacks. Then COVID happened.