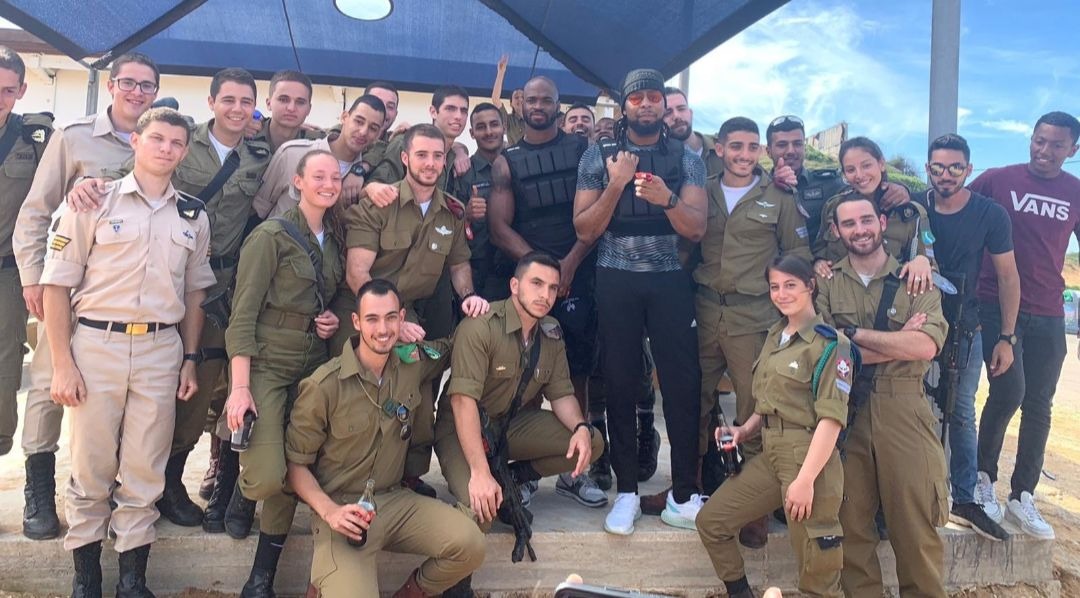 JERUSALEM (JTA) — Two NFL players shunned the helmets and shoulder pads for a training session with the Israeli army while on a visit to the country.

Washington Redskins running back Adrian Peterson and free-agent cornerback Josh Norman, who played together for two years, ran obstacle courses with the soldiers and took Krav Maga lessons while on a visit to Israel, the IDF said.

“It’s amazing to get in there and train with these guys because they are at the top of their game at being in combat,” Norman told Fox News.

Norman, formerly of the Redskins, reportedly agreed to a one-year deal with the Buffalo Bills on Monday.

The players also received a briefing from the military on threats to the region.

Peterson and Norman came to Israel as part of a collaboration with RoboActive #2069, an Israeli high school organization that participates in the International FIRST Robotics Competition. Peterson hosted two robotics teams at his personal gym and then met the group of Israeli students at a robotics competition in Houston, Texas, in 2017.

Norman has visited Israel three or four times and wears a chai necklace. He told the Walla Hebrew news website that he plans to return and that he hopes to find some investment opportunities.

Norman is a religious Christian who reads the Bible daily and prays before every game.

Shout out to @NFL players @J_No24 & @AdrianPeterson who came to train with our soldiers and get some Krav Maga practice 💪 pic.twitter.com/UNltJ7zU2s