2 tombstones at a US military cemetery are inscribed with swastikas. This group wants them removed. 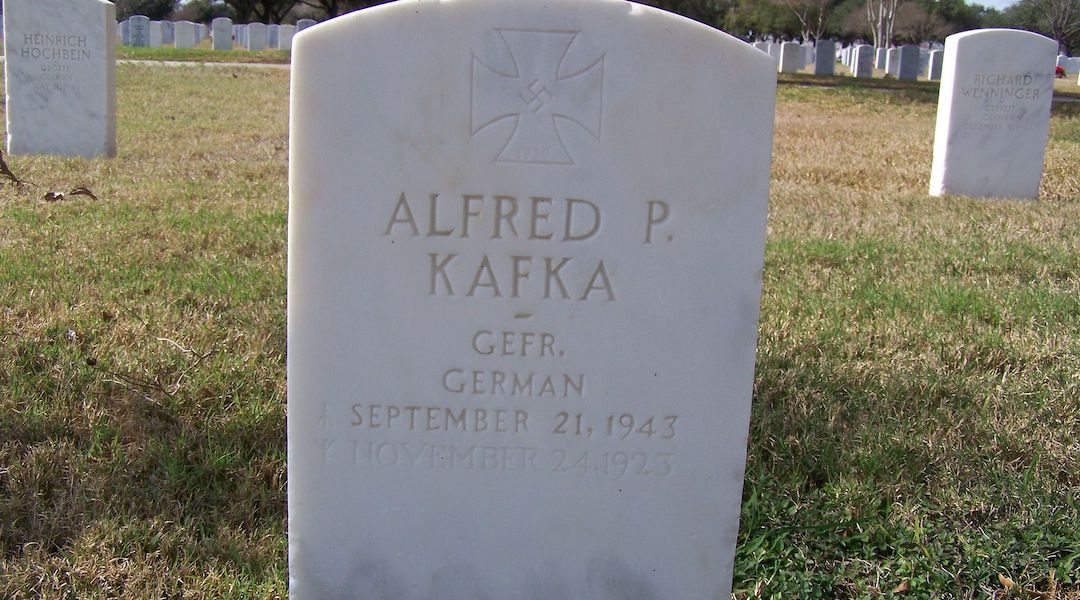 One of the graves at the Fort Sam Houston National Cemetery that bears a swastika. (Michael Field/Wikimedia Commons)
Advertisement

WASHINGTON (JTA) — A group that advocates for religious freedoms in the military wants the Veterans Administration to remove German POW tombstones at a San Antonio military cemetery that are inscribed with Nazi symbols and sentiments.

The two tombstones, among 140 for World War II POWs at Fort Sam Houston National Cemetery, are marked with a swastika inside a German cross, and are inscribed, “He died far from his home for the Führer, people, and fatherland.”

Führer was the title Adolf Hitler assumed for himself.

It’s not clear why just these two tombstones, among 132 Germans buried in the San Antonio cemetery’s POW section, have the Nazi inscriptions. Both of the deceased died in 1943.

There are an estimated 860 World War I and II-era German POWs buried in 43 cemeteries across the United States.

Mikey Weinstein, the Military Religious Freedom Foundation founder, who is Jewish, said his organization was alerted to the presence of the tombstones with Nazi insignia by a retired senior military officer who last week visited the graves of his maternal grandfather, his uncle and his aunt.

“Some of them are buried with our war dead, which is shocking enough,” Weinstein said of the POW. “There’s no way you’re going to put a swastika on that grave.”

The retired officer, who spoke to the Jewish Telegraphic Agency on condition of anonymity because he feared retribution, said he was spurred to action knowing the stories of Jewish relatives who had suffered anti-Semitism in Europe. The mother of his grandfather, who is buried at the cemetery, was Jewish.

The Veterans’ Administration “changes out headstones for the smallest of errors,” he said. “Leave out the Nazi symbols and the statement they honored Adolf Hitler and the fatherland.”

The Department of Veterans Affairs did not return JTA requests for comment.