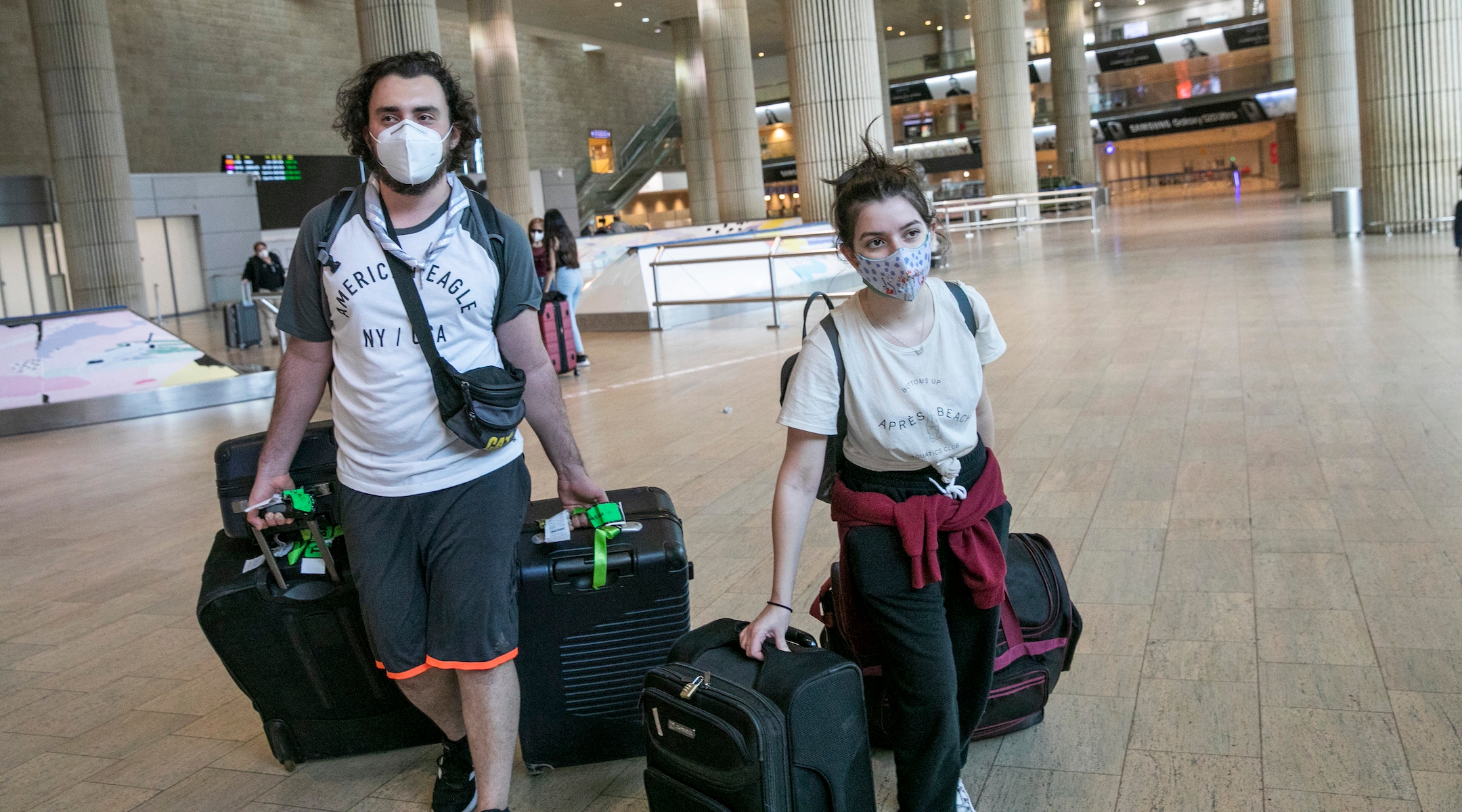 Peruvian Jews arrive on a special flight to Israel arranged by the International Fellowship of Christians and Jews, June 12, 2020. (Olivier Fitoussi)
Advertisement

(JTA) — A group of 37 members of the Peruvian Jewish community flew to Israel on a special charter flight amid high rates of COVID-19 in their native country and street riots that have broken out as a result of a scarcity of food and medical supplies.

The group landed at Israel’s Ben Gurion Airport on Friday and, like all other newcomers, was forced into a 14-day quarantine. The flight was organized by the International Fellowship of Christians and Jews, a nonprofit that works to build support for and facilitate immigration to Israel.

The process of immigrating to Israel is lengthy, so the group had likely planned to immigrate before the coronavirus crisis. But the Peruvian government has imposed strict lockdowns and halted most flights out of the country since March.

In addition, because of the country’s lagging economy, many citizens have taken to the streets to protest and to try to leave cities such as the capital, Lima, adding to the urgency of the immigration flight.

“We could not leave our houses due to the quarantine and the mandatory social isolation imposed by the government in order to prevent COVID-19 infections,” said Gabriel Shnaider, 20, who was on the special flight.

Schneider, who will soon enlist in the Israeli army, had been planning his immigration since 2017. His flight in April was canceled and a new date for his trip was unclear. He joined the IFCJ group as an opportunity to get to Israel faster.

Peru has the second-largest coronavirus outbreak in Latin America after Brazil, with over 200,000 confirmed cases and 5,700 deaths, according to the Peruvian Ministry of Health. Nearly half of the cases are in Lima, home to most of the country’s 2,000-strong Jewish community.

“Residents in Lima are in a very high state of tension,” said Gustavo Gakman, director of the International Fellowship of Christians and Jews’ Latin America, Spain, and Portugal division.

“This is a country that was in financial calamity even before the coronavirus pandemic,” he said. “Now the situation has only gotten worse for the civilian population. Their ability to go out and to go to work has been halted, and the welfare system in the country is limited.”