4 killed in Jersey City shootout that ends at kosher supermarket 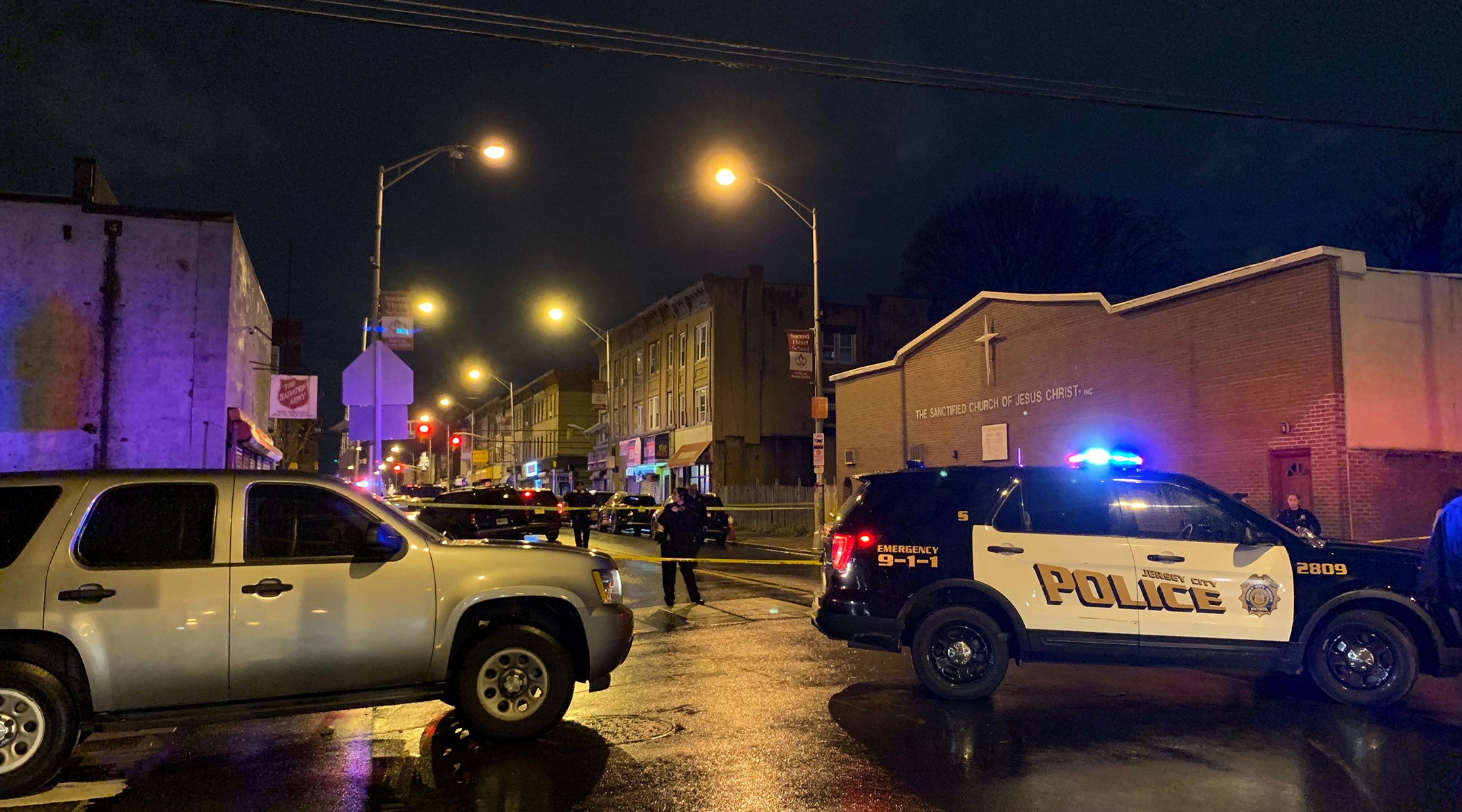 The scene outside the site of a deadly shooting at kosher supermarket in Jersey, City, N.J., Dec. 10, 2019. (Josefin Dolsten/JTA)
Advertisement

(JTA) — Four people were killed during an hours-long shootout Tuesday afternoon that concluded in a kosher supermarket in Jersey City, New Jersey.

There was “no indication of terrorism,” an official said at a news conference. Investigators believe that the store was chosen randomly and that the incident was not a hate crime. [Mayor Steven Fulop said later in the day that the gunmen had targeted the location.]

The gunmen, described as juveniles, had holed up in the JC Kosher Supermarket after shooting a police officer at nearby Bayview Cemetery. That officer, identified as Det. Joseph Seals, died.

A third gunman is still at large, according to Fox News.

Seals, a married father of five, was a “leading police officer in removing guns from the street,” according to Police Chief Michael Kelly.

At least two other officers were injured in the gunfire, the Hudson County prosecutor told reporters. At least one victim from the market was being treated and talking to police, WABC-TV reported.

Jonathan Greenblatt, CEO of the Anti-Defamation League, tweeted that he was “Heartbroken by the loss of life.”

“A Kosher deli in the middle of a shootout, civilians & police officers have been shot,” he wrote. “We stand w/ the Jersey City community & law enforcement, whose bravery saved countless lives today.”

Heartbroken by the loss of life. A Kosher deli in the middle of a shootout, civilians & police officers have been shot. @ADL_NYNJ is on the scene & in contact w/ #LE. We stand w/ the Jersey City community & law enforcement, whose bravery saved countless lives today. https://t.co/SIfWFlVMgQ

Police swarmed the streets and marched in formation with helicopters flying overhead, according to news reports.

Public schools in the area were put on lockdown as the situation unfolded, but all students and staff were declared safe, according to CBS.