63 Israelis make it home from Argentina in emergency flight 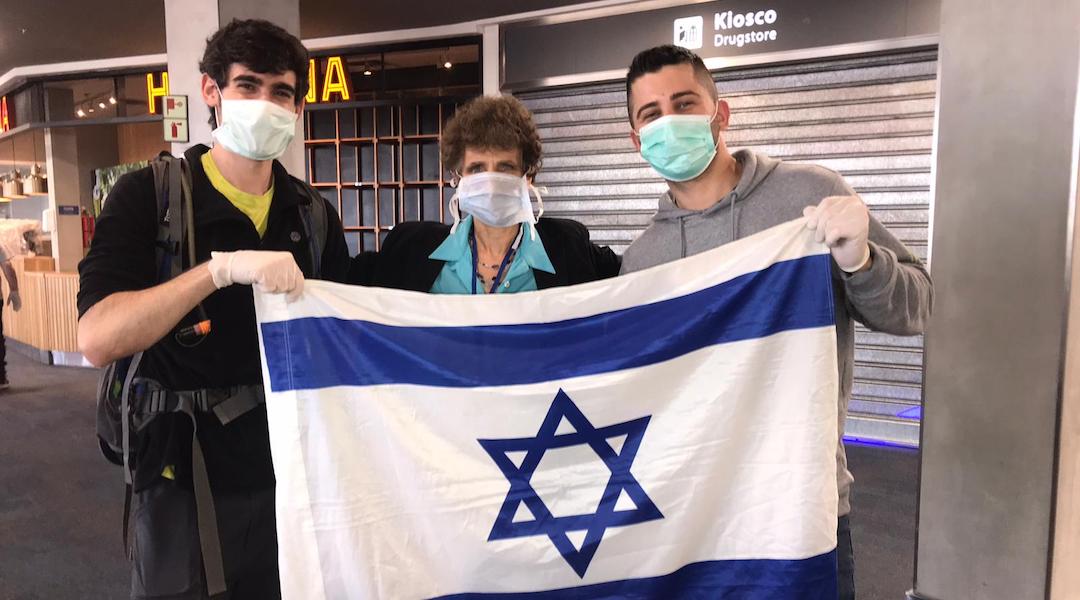 Galit Ronen, center, Israel's ambassador to Argentina, at the Ezeiza International Airport in Buenos Aires with two passengers of the emergency flight to Israel, April 19, 2020. (Courtesy of the Israeli Embassy in Argentina)
Advertisement

BUENOS AIRES, Argentina (JTA) — After a long and complex journey, 63 Israelis who had been stranded in Argentina because of the coronavirus pandemic made it home.

Earlier this month, Israel’s embassy in Argentina had trouble filling a flight that was designed to fly home Israelis stuck in various parts of the country. It required 60 passengers to take off, and the embassy released a statement appealing to Israelis that the flight was likely their last chance for a long time to leave Argentina.

The passenger number passed the threshold at the last minute, and Israel’s ambassador to Argentina, Galit Ronen, met with the Israelis on Sunday at Ezeiza Airport in Buenos Aires to wish them well.

From Buenos Aires, they flew on a Latam flight to Sao Paolo, Brazil. Air France then transported them to Paris, where they transferred to an Israir flight for the home stretch.

The flight was not technically a rescue trip, as each passenger paid $1,885 per ticket, but it was the result of coordination among several airlines and governments.

Argentina has been under a total lockdown since March 20 to prevent the spread of the coronavirus. It will continue until at least April 26.