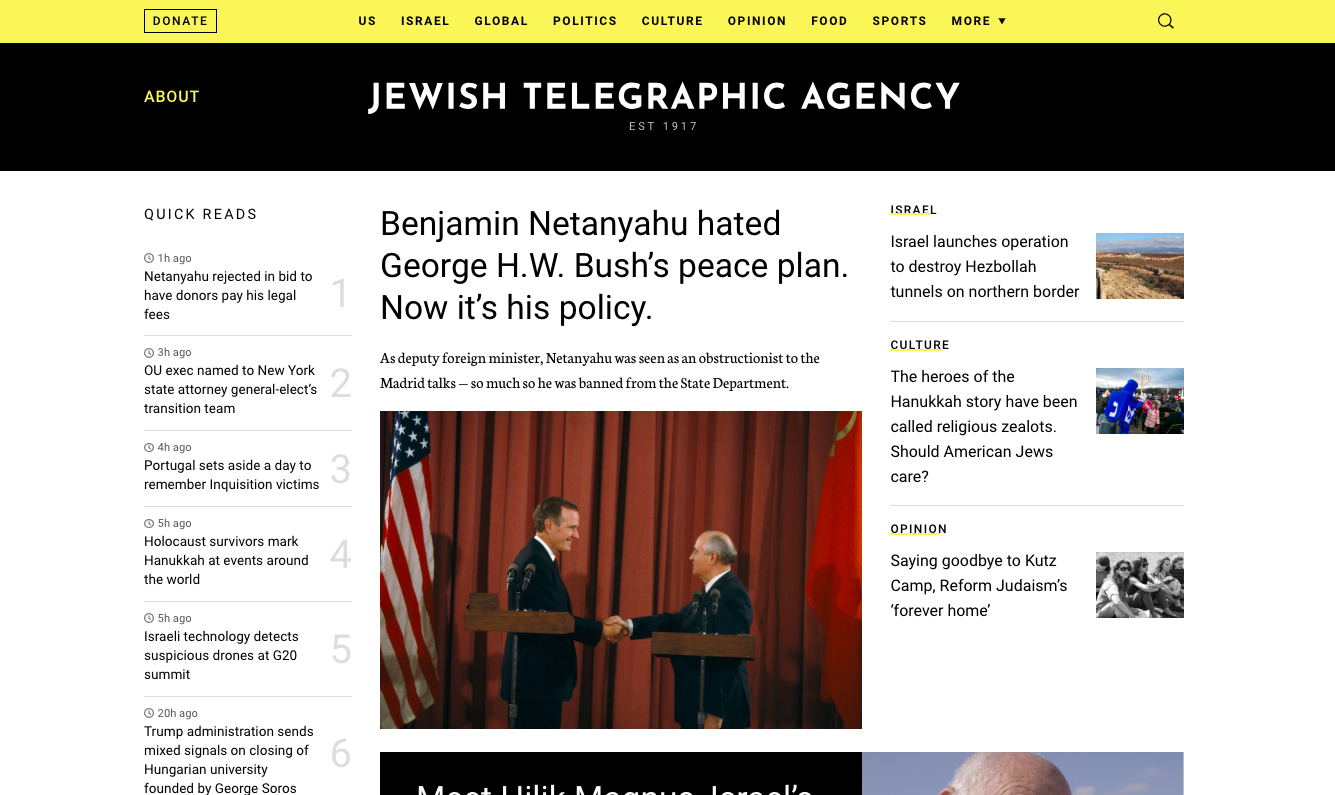 JTA's homepage upon relaunch of the website, December 7, 2018. 70 Faces Media won a Simon Rockower Award for the site redesign.
Advertisement

The American Jewish Press Association presented the awards on Tuesday at its annual conference, which this year was held in St. Louis. The awards are for work in 2018.

70 Faces is the parent company of JTA as well as several other brands: Kveller, My Jewish Learning, The Nosher, Alma and Jewniverse.

70 Faces won first place for outstanding digital outreach for the JTA website redesign; for excellence in writing about Jewish heritage and peoplehood in Europe for an article by Liphshiz on Russian-speaking Jews in Germany; and for multimedia storytelling for the “Israel @ 70” videos by Roer and Yagel.

Rob Eshman won a second-place award in writing about food and wine for his appreciation of the late food critic Jonathan Gold. Roer, Yagel and Silow-Carroll shared the second-place award for multimedia stories for the “Shtick: Jewish jokes explained” video series.