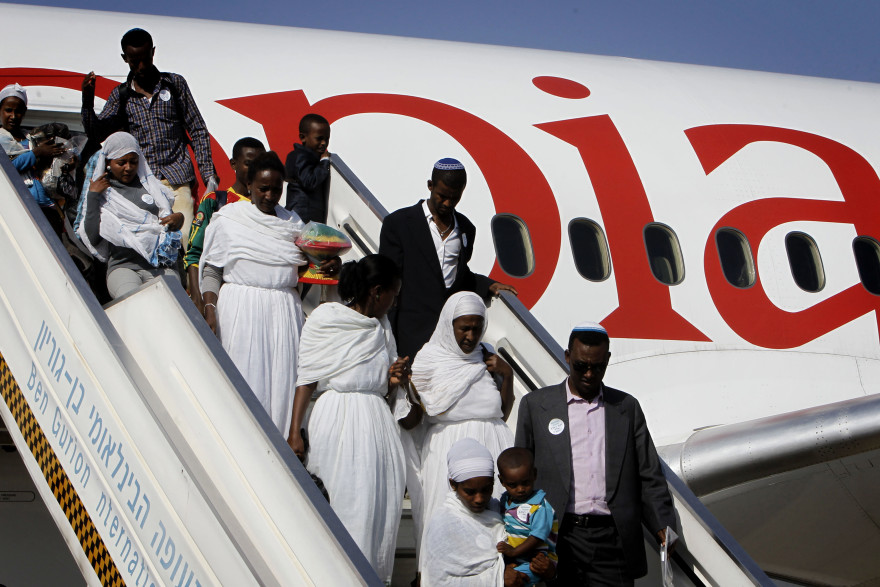 JERUSALEM (JTA) — Some 82 Ethiopian immigrants landed in Israel, the first to arrive under a plan approved last year to bring 1,000 Ethiopians who have children living in Israel to the country.

Monday evening’s new arrivals are part of the Falash Mura community, who claim links to descendants of Jews who converted to Christianity generations ago under duress but now seek to return to Judaism.

Israel’s Cabinet in October approved a plan for the immigration of 1,000 candidates who meet the criterion of having first degree relatives who entered Israel under previous government decisions regarding the Falash Mura community. The parents are able to bring with them their partners and their unmarried children who do not have children. They will arrive throughout 2019. No decision has been made on the Falash Mura that remain in Ethiopia.

Many of the new arrivals left adult children behind in Ethiopia.

In 2013, Israel’s Interior Ministry approved the immigration of the remaining Falash Mura, and the Knesset in November 2015 unanimously approved a plan to bring them to Israel following a public campaign launched by the nation’s Ethiopian community and volunteer organizations. But the plan did not deal with the finances, which include the long-term costs of acclimating the immigrants.

An agreement to find money in the budget for the aliyah of the Falash Mura was signed in April 2016, and in 2017 some 1,300 Falash Mura arrived in Israel. The 2019 state budget does not include funds for Ethiopian immigration.