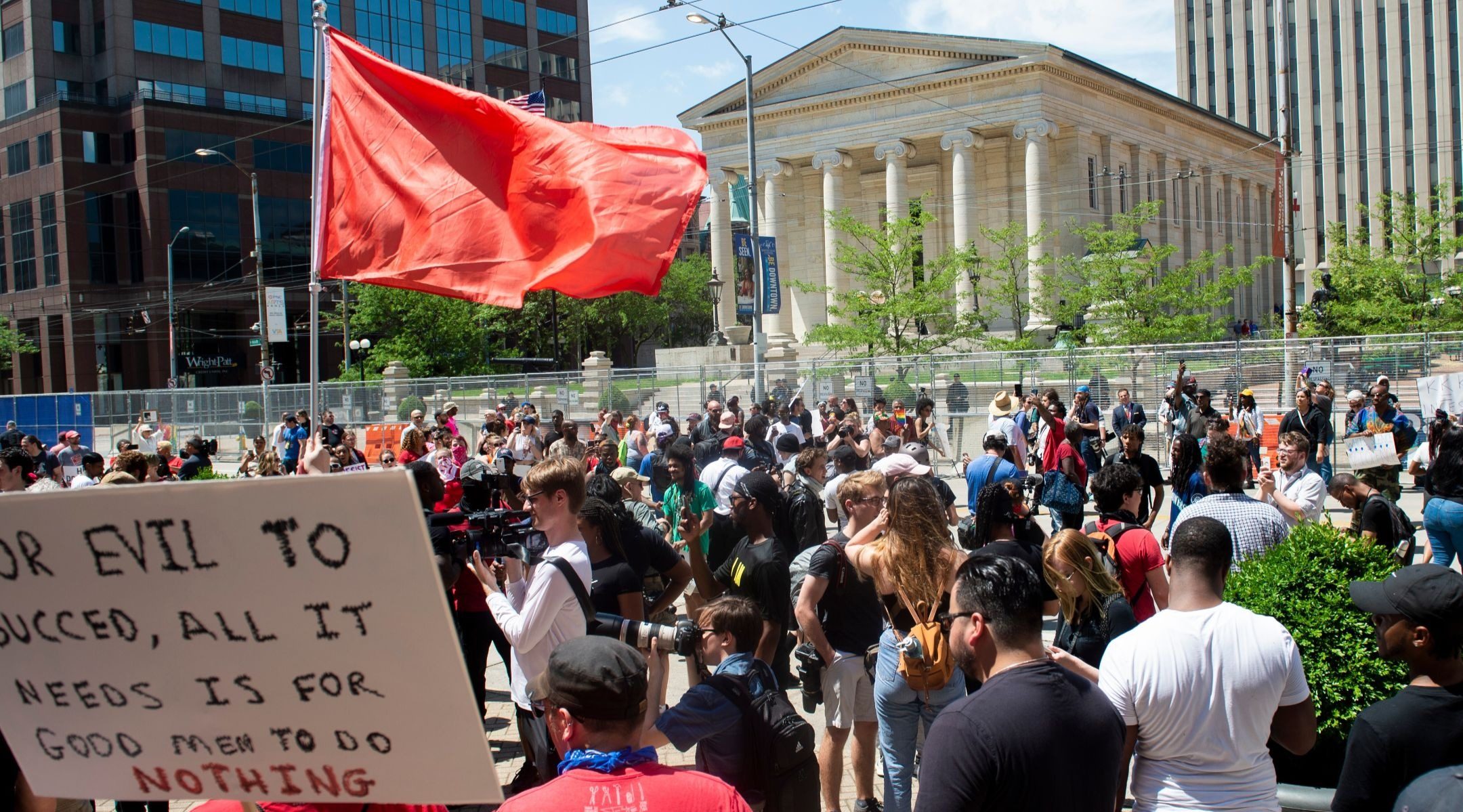 Counter demonstrators against a KKK rally in Dayton, Ohio gather behind a security fence at Courthouse Square in the city's downtown on May 25, 2019.(Matthew Hatcher/Getty Images)
Advertisement

(JTA) — Nine members of the Ku Klux Klan, 8 of them wearing masks, rallied in Dayton, Ohio, alongside more than 500 counter demonstrators.

The demonstrators, members of the Honorable Sacred Knights of Indiana, waved American flags, a KKK flag and a Confederate battle flag. They did not attempt to speak much, and any time one of them tried, they were drowned out by the counter demonstrators, local television station WHIO TV7 reported.

At one point during the rally in downtown Dayton’s Courthouse Square, counter demonstrators began to shake a security fence separating them from the KKK marchers, but then calmed down, police told WHIO.

There were no arrests, injuries or reports of violence, according to the report.

More than 200 people also attended “positive alternative programming” sponsored by the local NAACP chapter and a coalition of some 40 city groups. Titled “An Afternoon of Love, Unity, Peace and Diversity,” the program was held about a mile away from the rally.

The director of the Jewish Community Relations Council of Dayton had called on the Jewish public to avoid the rally.

The city estimated that it shelled out about $650,000 to provide security for the KKK rally.

“I am very glad that today’s events went off without incident and the hate group that tried to threatened our city is gone,” Mayor Nan Whaley said in a statement.