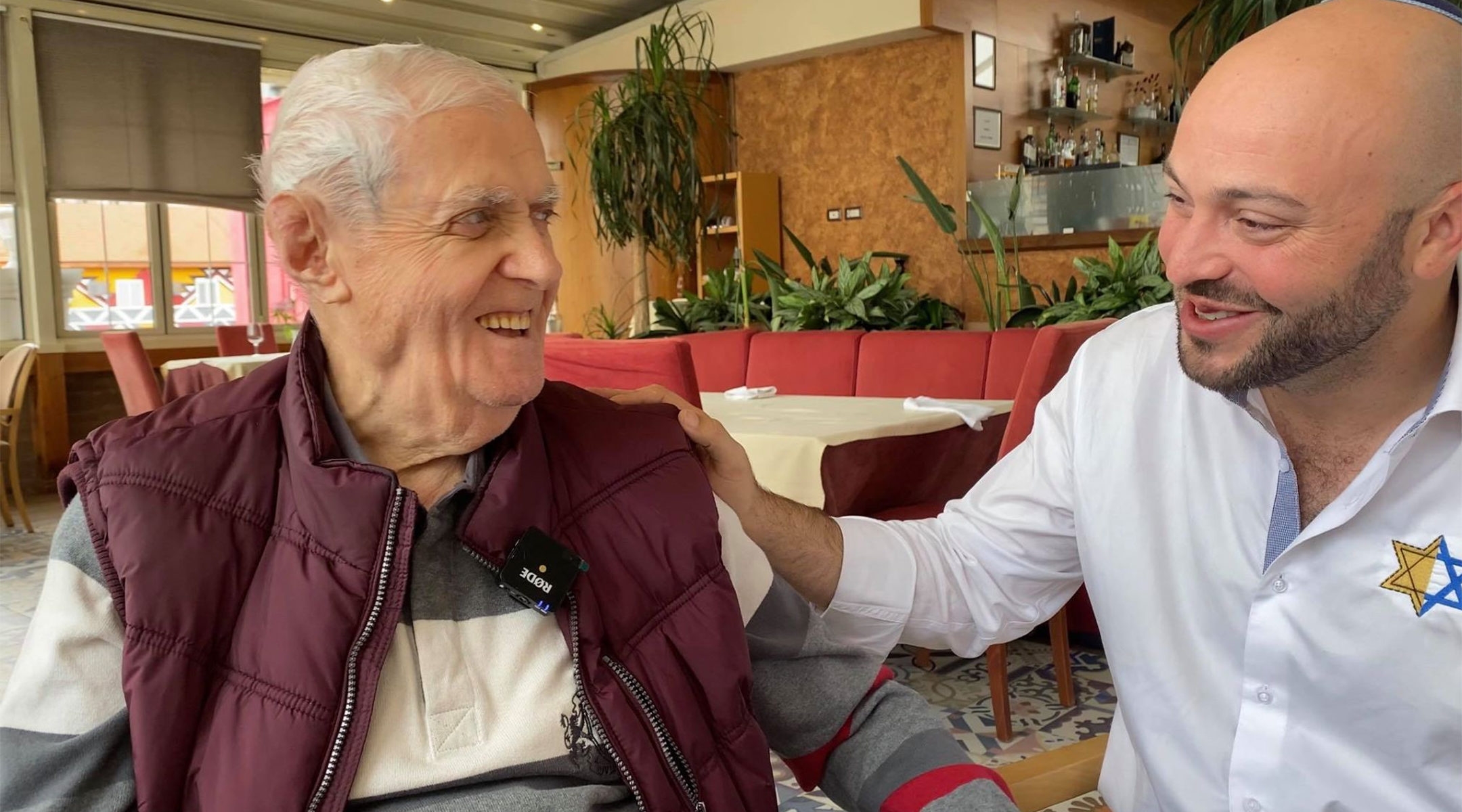 Xhemal Veseli, left, with Jonny Daniels in Tirana, Albania in October 2019. (Courtesy of From the Depths)
Advertisement

(JTA) — A Muslim man from Albania who saved Jews during the Holocaust will attend an event in Poland honoring rescuers from across Europe.

Xhemal Veseli, 93, who is among a handful of Muslim rescuers alive today, will travel to Warsaw with Albania’s foreign minister, Edmond Panariti, whose family also saved Jews from the Holocaust. They will attend in Warsaw an event titled “An Evening for the Righteous” on Nov. 14.

“In the remarkably fragmented and aggressive world we live in today, religion sadly often divides us,” said the organizer, Jonny Daniels of the From the Depths commemoration group. But testimonies like Xhemal’s, Daniels added, “bring us together as Jews and Muslims.”

In addition to Albania, the event will be attended by rescuers from Poland and Belarus as well as officials from Israel, Denmark and the United States.

Xhemal Veseli and his late brother, Hamid, rescued two Jewish families from Italian occupation forces in 1943. Xhemal, then 17, walked with elderly Jews for 36 hours to his family home, according to the Yad Vashem Holocaust memorial and museum in Israel. Yad Vashem recognized the brothers as Righteous Among the Nations in 2004.

From the Depths has pledged to cover the costs of her eye medication, Eylea, for the rest of her life. It costs about $10,000 annually.

Albania was the among a handful of Nazi-occupied countries whose Jewish minorities grew during the Holocaust. Most of the 2,000 Jews living in Albania after the Holocaust were refugees from neighboring countries.