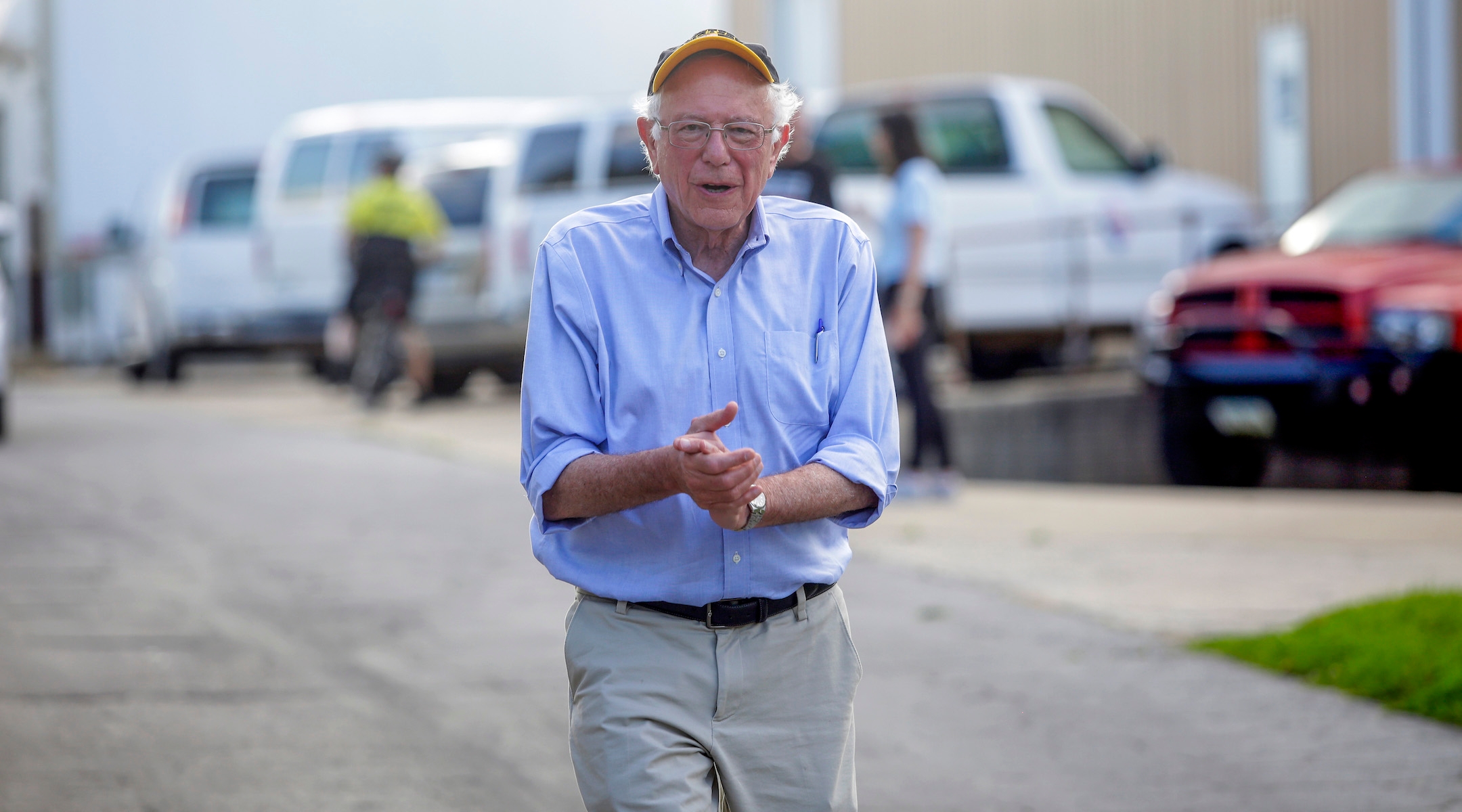 (JTA) — A Florida man who left threatening voicemail messages at the Vermont office of Sen. Bernie Sanders was sentenced to prison.

The three profanity-laced messages sent to the Burlington office last September included anti-Semitic invective and a threat to behead the Democratic presidential candidate “ISIS-style,” according to court documents and a statement from the U.S. Justice Department.

Robert Pratersch, 58, of Kissimmee, Florida, was sentenced Friday to 15 months in federal prison for threatening a federal official and interstate transmission of a threat to injure. He had been found guilty by a federal jury in April.