A new Jewish streaming service, launched in London, aims to connect Jews and make them proud 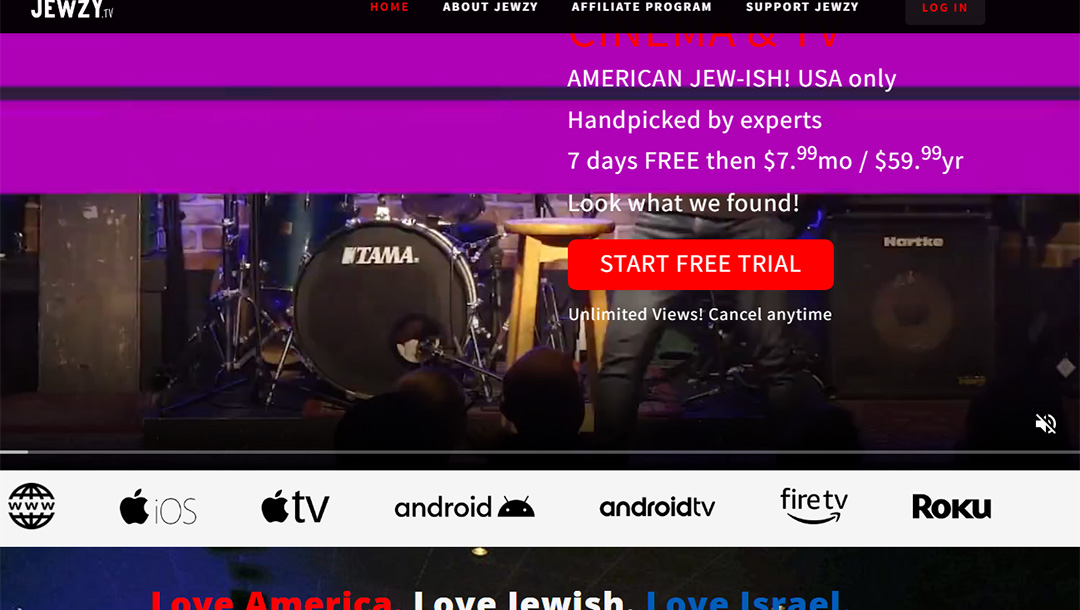 (JTA) — A Jewish group based in London has launched Europe’s first Jewish streaming service, with the goal of “connecting all sorts of Jews to their culture and history.”

JEWZY.tv, which is currently available only in the United States — or to a computer connecting via a US-based server — on Friday announced its launch as “chicken soup for the eyes,” The Jewish Chronicle reported.

The new service follows the launch of two other Jewish streaming services: ChaiFlicks and Izzy. Its editorial focus is on “hidden gems,” Jeremy Wootliff, Jewzy’s founder, told the Chronicle. “We go out and find the wonderful movies and TV programs that have been forgotten over time,” or may not have enjoyed the exposure they deserved when made, he said.

An annual subscription costs $59.99 and offers 100 titles a month, including “Dark Horse” starring Mia Farrow; “The Double” with Jesse Eisenberg and “Defiant Requiem,” a feature documentary about the Theresienstadt concentration camps. Many of the titles are about Israel or made there.

Jewzy’s agenda goes beyond providing entertainment to subscribers. Its goals also include promoting positive images of Jews and Israel and countering anti-Semitism and bigotry. But its lineup is nonpartisan, Wootliff told the Chronicle.

“We want to bring Israel and the diaspora all together and under one roof,” he said.